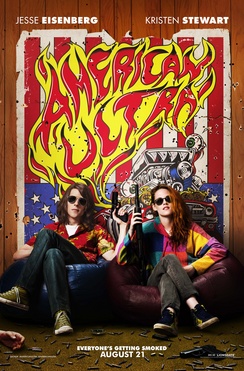 One fortunate side effect of having two DVRs fried is that you suddenly find yourself with plenty of free time. You are no longer chasing the dragon trying to watch enough shows each night to make room on the DVR for the next day's shows.

Maybe it's just me and my TV addiction, but each day I play this delicate dance between available hard drive space and whether to finally give up on that show from three years ago that was promptly cancelled after three episodes, but those that actually watched those episodes swear they are the best TV programming in years.

I find DVRs to be fascinating windows into the souls of people. I don't need to read your diary, just give me 30 seconds to peruse your DVR listings and I will know everything that I ever wanted to know about you. You can glean so much about someone simply by noticing whether they hoard BBC programming or record a running block of X-Files despite owning the entire series on DVD.

Not having my backlog of recorded TV offerings is very liberating. I'm no longer a slave to the machine and a funny thing happened, I realized that I have time to watch more movies. As someone who loves films, this realization has been nothing short of amazing. Don't get me wrong, I love TV as much as the next person, but I'm really thinking about cutting way back.

I watched two movies over the weekend that weren't really high on my radar, but they had piqued my curiosity, The Maze Runner and John Wick. Both films surprised me at just how good they were. I thought The Maze Runner would simply just be another in a long list of dystopian teen angst clones ala The Hunger Games and Divergent and it is to a certain extent. However, unlike these other films, there's a larger Sci Fi mystery behind the story. One that is not completely answered in the film and leaves a pretty big cliffhanger for the next installment, The Scorch Trials, due out on September 18.

John Wick is the sort of film that I really enjoy when I'm in the mood for senseless violence. If you like The Boondock Saints or Smokin' Aces, then put this film on your must-see list. I can't believe that I'm recommending a Keanu Reeves film, but it's just that good.

So, what else should I see in my newfound time to watch films that I might have missed? I've taking requests, leave them down below in the comments.

Earlier this year, I predicted that Ant-Man would be Marvel's first bomb. I was right - and wrong. At $58 million, it's the weakest opening of any film in the Marvel Cinematic Universe (MCU). And no, I'm not including The Incredible Hulk and its $55 million opening in this conversation despite technically being sort of in the MCU. Of the 11 films in my MCU, eight have opened in excess of $85 million and those same eight have all surpassed $200 million in total domestic box office.

At this point Ant-Man is tracking to make $160 million, which would be the the least-grossing film in the MCU. I feel confident that if this happens, we can officially call it a bomb. So, why did the film bomb? Was it the unconventional story? The timing of release? Has Marvel finally lost its magic?

Probably not any of those things honestly. I think we are starting to see a bit of comic book creep and I wouldn't be surprised if we have more "bombs" in the near future as lesser-known stories are brought to the big screen. Another interesting factor is that this is the first time in many years that Marvel's film arm did not make an appearance at San Diego's Comic Con.

Personally, I find it comical that we are floating the word bomb about a film that almost made $60 million in its opening weekend, but these are the rules that Marvel has set for itself. They re-wrote the rules and the lofty expectations that come with these changes are just a function of doing business. What this does do is help to fuel the fire for next Summer when Captain America: Civil War (May 6) does battle with DC's latest Batman v Superman: Dawn of Justice (March 25).

The real test might come next November though when Doctor Strange, with Benedict Cumberbatch, brings the next untested and little known character to the big screen.

Minions almost stole the box office crown (see what I did there?) for the second weekend in a row thanks to Ant-Man's miniature opening. It lost just over half of its opening weekend number to finish with $50 in second place. The yellow little buggers climbed north of $200 million and seems poised to finish close Despicable Me 2's $368 million. While the dearth of family-friendly films will help it, I still think it will end up on the short end of the stick with about $330 million.

The real winners of the weekend were Judd Apatow and Amy Schumer. Trainwreck basically tied Knocked Up at $30 million for the director's best opening. Amy Schumer, who also wrote the film, debuted strongly, blowing away even the rosiest of predictions that said the film would struggle to open with $25 million. Trainwreck is a lock to break $100 million and the strong word of mouth will most likely push its final number up to $150 million or so.

American Ultra is sort of a cross between The Bourne Identity and Harold & Kumar. It has a real Red feel to it, but for a much younger demographic. In case you missed it, here's the first red band trailer from a couple of months ago. I should note that John Leguizamo is in both this and John Wick. Coincidence?