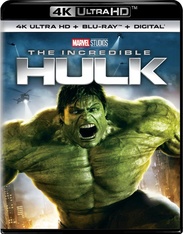 THE INCREDIBLE HULK kicks off an all-new, explosive and action-packed epic of one of the most popular Super Heroes of all time. In this new beginning, scientist Bruce Banner (Edward Norton) desperately hunts for a cure to the gamma radiation that poisoned his cells and unleashes the unbridled force of rage within him: The Hulk. Living in the shadows-cut off from a life he knew and the woman he loves, Betty Ross (Liv Tyler)-Banner struggles to avoid the obsessive pursuit of his nemesis, General Thunderbolt Ross (William Hurt), and the military machinery that seeks to capture him and brutally exploit his power.