Did Hollywood stuff too many big movies into 2015? 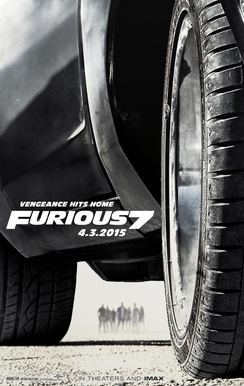 Way back in 2013, we made a plea to Hollywood to let us help schedule their films. Unfortunately, our plea fell on deaf ears. It was obvious then and it's more obvious now that the studios in Hollywood are taking this whole "dog eat dog" saying way too literal.

Without rehashing the entire piece (you can read it if you like), the general gist is that Hollywood is trying to jam too many blockbusters into too few slots and the result is that worthy films are underperforming more as a result of poor scheduling than the actual quality of the film itself.

Of course, you could make the argument that other films are benefiting from this carnage by not having much competition in the slower months and I think that's why you're seeing an uptick in successful horror films being released in non-traditional months such as January, but I digress.

We've been talking about 2015 for a long time now and it's finally here. We've preached on and on about how huge this year will be at the box office and we still stick to it. I will go on the record that 2015 will be the single biggest year at the box office, besting the $10.9 billion earned in 2013.

Yes, consumer spending in theaters will top $11 billion for the first time in history.

I'm willing to bet that it ends up closer to $12 billion than $11 billion, but we'll leave that discussion for another day. Leading the way is a slate of highly anticipated films that are poised to perform greater than their predecessors. Unfortunately, I think Hollywood is still leaving money on the table. You can see the breakdown below, but I don't think a film will surpass $200 before April (I did stretch and put March's Inurgent in the $200 million club, but I'm not sold on it). Furthermore, there's a three month "dead period" from August through November where I don't see a single film besting $200 million.

Had Hollywood used some creative scheduling, I'm willing to bet that some of these $100 million films might have over-achieved in these scheduling windows. Perhaps after the carnage of 2015 settles, clearer heads will prevail. Of course, if I were a betting man, I wouldn't count on it.

Over the course of the next week or so, we are going to spend a lot of time highlighting the top 2015 releases with our annual features that look at our best guesses for the top box office earners, as well as our top 30 sleepers of 2015. Tim, Dannette and I took turns drafting our favorite sleepers and I'm really excited about the list of sleepers we chose this year.

Of course, it's hard to pick sleepers because there are just so many films that are both high-profile and positioned to perform really well. To give you some background, over the last decade, 285 films have broken the $100 million barrier and from those 95 went on to break the $200 million barrier.

I am predicting that 2015 will smash those averages. A typical year would see about 29 films break $100 million, but I think 41 films will do it in 2015. Of those, a whopping 13 will earn more than $200 million. Since 2005, 29 films have made more than $300 million, an average of about three a year. I'm betting that an amazing seven films will best that number after only two films earned over that number in 2014.

Here are the films (in chronological order of release) that I think will soar past $300 million:

I think I'm being rather conservative here as well. I wouldn't be surprised to see Ant-Man or The Good Dinosaur hit that number, but I have my reasons for thinking that they will miss the $300 million target and I'll share those another day.

Finally, I have singled out 28 additional films that I feel will break $100, but fall short of hitting that next level. Of course, I wouldn't be surprised to find that many of these films over and under perform.