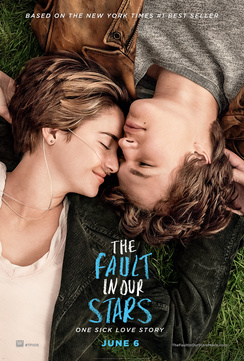 Welcome to the jungle, we got fun 'n' games We got everything you want, honey we know the names

So, what are we doing quoting a little Guns and Roses first thing this Monday? Well, don't worry, we'll get to that in a bit. Who doesn't like a little off-the-wall tease first thing in the week?

I don't know about you, but this weekend was especially eventful for yours truly. After selling our house last week, we were suddenly in need of a new place to live. Thankfully, it was quite that sudden and we had done a lot of the due diligence ahead of time and had a good idea of where we wanted to live and houses on the market.

The thing is that the market down here is so strong right now that we knew that if we found our forever home, we had to jump on it. After some tough negotiations, I can confirm that we did indeed find a new home. Now the real fun stuff begins.

So, what happened in Hollywood this weekend? Pretty much the usual. Sit back and enjoy today's MMM.

If you were looking for a good cry this weekend, then the film to see was the young adult tear-jerker The Fault in our Stars. Shailene Woodley and Ansel Elgort, who play sister and brother in the Divergent series of films, are cast as would be lovers who meet at a cancer support group. It doesn't take a spoiler alert to understand where the tears come from on this one.

The Fault in our Stars nabbed the top spot with an estimated $48.2 million. There is some caution in those numbers though as Box Office Mojo points out that their weekend tally was one of the most front-loaded weekends of all time. What that means is that the steep declines that we saw over the weekend should continue into week 2. Given this pattern, the film will struggle to break $100 million, but we agree with Box Office Mojo that it will get there eventually.

The other new entry this week is yet another in a long line of Tom Cruise action/sci-fi vanity films (see Oblivion, Jack Reacher, Knight and Day, etc.). And like those films before it, Edge of Tomorrow failed to set the box office on fire.

With an opening tally of just $29.1 million, Edge of Tomorrow will most certainly fail to reach $100 million in box office receipts. This will place Edge of Tomorrow among some of Tom's biggest flops after you adjust for inflation.

Maleficent continued to perform well, moving down a single notch into second place with a weekend haul of $33.5 million. The total gross on the new take on a Disney classic is up to $127.4 million which guarantees both a sequel and probably a new film told from the villain's perspective, The Little Mermaid?

A Million Ways to Die in the West failed yet again to stir up many reasons to go see it, let alone a million reasons. In its second weekend, the film took in $7 million and will not even make it to $50 million when it's all said and done.

Meanwhile, there are reports out there that the Wal-Mart truck driver that struck the limo bus carrying Morgan and others had not slept in 24 hours.

As you can see below, he was caught hanging out backstage with Andrew Dice Clay at a Guns and Roses concert in Las Vegas this weekend. No, the Leaving Las Vegas and Honeymoon in Vegas actor didn't wear a t-shirt from the band. He wore a t-shirt of himself.

The t-shirt, produced by British t-shirt company Brain Dump, is called "Crazy Eyes" and is a tribute of sorts to Cage. If you want to own your very own "Crazy Eyes" shirt, you can purchase one on their eBay store. As my partner-in-crime Tim mentioned, the ensemble would make a great Halloween costume. There's no word as to where you can pick up the leather chaps he was also wearing though.

Phew. After a busy weekend, I'm pulling the plug on this week's MMM. Until next time, mix well!