Best movies of 2011 that you don't know about yet: John's list 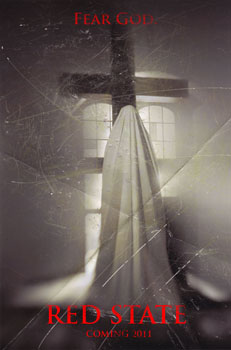 A couple of weeks ago you might have read about how we failed miserably at predicting the top box office movies last year and how our sleepers didn't really set the world on fire.

Well, we're not ones to give up in the face of adversity. No, we enjoy failing over and over again until we get it right. If we ever get it right.

Personally, I didn't feel as though my list of sleepers last year was that bad. Sure, I screwed the pooch for I Love You, Phillip Morris, but I also hit home runs with The Expendables and Secretariat. I'm not picking up the stakes and rolling to Vegas anytime soon, but I will put my skills back to the test this year.

I think this list is a pretty good representation of potential small film breakouts and sleeper blockbusters that are currently getting overlooked right now. In the end, I came up with 10 films that you don't much about right now, but by the end of 2011, you'll be talking about them non-stop.

I really debated about whether this would be considered a true sleeper or not. I mean it's Simon Pegg and Nick Frost as two sci-fi geeks who encounter an alien on their way to Comic Con. Yes, it's going to be that funny. I thought at first that surely you would all know about it by now, but in case you weren't, I had to make sure you are now. (3/18)

I have been patiently waiting for this flick to hit theaters since last year's Sundance Film Festival. Finally, we will all get to see it in March. I bet it will be this year's Adventureland, and not simply because they share the whole "-land" suffix. (3/25)

So, Kevin Smith branched out and made a horror film. By now, you're probably a wee bit tired of all the coverage we have been giving Red State, but what can we say? This movie looks to be the real deal and could quite frankly find itself as a companion movie to Grindhouse, if Quentin and Robert ever decide to make it a trilogy. We get an early first look at the film in a couple of weeks so look out for that review to see how it measures up to our lofty expectations. (March?)

Why is this on the list? Because Adam Sandler and his buds get together to help their overweight Zookeeper, played naturally by Kevin James, get a little lucky with the ladies. Why do I have two zoo movies on the list? Even I can't answer that question. (7/8)

The Tree of Life

I stole this one from Tim's list from last year. Shh, don't tell him. I recently saw the trailer for this at the theater and Tim was dead on, just a year early. Here's what Tim said last year. "Three names: Brad Pitt, Sean Penn, and Terrence Malick. This is only the sixth film of reclusive director Malick's 40-year career. I don't know much about this film yet but when Malick makes a movie, it's an event to look forward to." (5/27)

Rod Lurie remakes the 1971 classic and I just have a feeling about this one. I really can't put my finger on it, but I think perhaps we're primed for another defining film of the South. Let's just hope that it does it more justice than Deliverance. (9/16)

Matt Damon is well represented on my list of sleepers which means that hopefully he's in store for a return to the forefront of Hollywood leading men. Here's he re-teams with Steven Soderbergh in a gripping tale about the rapid spread of an airborne virus and how it shakes the very foundation of our culture. Think of Outbreak on crack. Naturally for a Soderbergh flick, the cast is all A-listers and will almost assuredly deliver top-notch performances. (10/21)

After seeing Forgetting Sarah Marshall, we knew it was only a matter of time before we'd see Jason Segel tackle a full-length Muppets movie. Three years to be precise and we're tired of waiting. If anyone can revive this franchise properly, it's Segel. Of course, he also appeared full nude in Forgetting Sarah Marshall, so that could be awkward, but we're willing to give him the benefit of the doubt. (11/23)

We Bought a Zoo

Cameron Crowe returns with this true story of a man who buys a zoo in the English countryside and moves his family there to take care of and run the zoo. This has awards-season, feel-good movie written all over it. The cast is top notch and by next Christmas, you'll be waiting in line for this one. (12/23)

The lone holdover from our 2010 list, we're holding firm on our two favorite (OK, second favorite) pair of stoners. We've seen some shots from the set and they filmed in my hometown of Detroit, so it's surely going to rock, right? We still don't know why they made the choice to film in 3D (which is part of the reason for the delay of a whole year), but who are we to argue? (December)