Best movies of 2010 that you don't know about yet: John's list 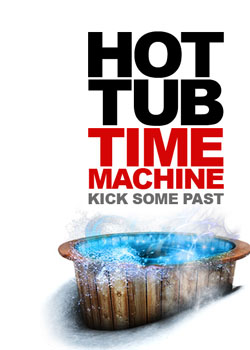 Alright, alright Tim, I'm up. Sorry about that. You may have read Tim's part of this story (and if not, go do it now!) and this is the part that was promised to be "along shortly."

I think that's just a fancy way for Tim to give me swift kick in the butt. This list is one of the things that I look forward to each and every year as it gives me a chance to geek out about movies that you may not know about.

And when I say "you" I'm referring to the non-geeks that Tim talked about earlier. But more than that, I think this list is a great representative list of movies that have the potential to break out like gangbusters.

Of course, if we were any good at what we do, we would have correctly put The Hangover on last year's list, but hey even geeks get it wrong sometimes. But this is 2010 and it's full steam ahead.

Usually Tim and I come up with our own lists and compare them and they are pretty much identical. So, we bicker for 5 minutes and compile a joint list of top 10 movies or so.

But this year, something interesting happened. We compiled our list and came up with 20 unique movies. The statistical likelihood of that happening is infinitesimal. We were so shocked that we decided to create two lists this year, a sort of "He Said, He Said" thing and then we can flaunt bragging rights at the end of the year.

So, without further ado, I give you the true list of sleeper hits for 2010.

I Love You, Phillip Morris

No, this isn't a sequel to Thank You for Smoking, but rather it's a tale of a married man who has a car accident and realizes that he's gay. If that wasn't enough change in his life, the normally straight-laced guy takes up a life of crime and lands himself in jail. Once there, he falls in love and repeatedly breaks out of the big house to be reunited with his lover/ex-cell mate. So, it's basically a love story, from a different point of view. The real draw here is Jim Carrey and Ewan McGregor in the lead roles. (2/12)

This movie was on last year's (2008) "Black List," a compilation of the "best" unproduced screenplays in Hollywood back when it was known as "A Couple of Dicks." The increased visibility helped it to land director Kevin Smith and stars Bruce Willis and Tracy Morgan. Warner Bros. stepped up and after a title change, it's set to hit the theaters. Smith called it a Lethal Weapon for the 2000s. (2/26)

This could be this year's Hangover, or not. One thing is certain, the trailers look hilarious and I fully expect for John Cusack to be back after this movie hits. (3/19)

I thought so highly of this movie that I went ahead and called it up to the majors with its inclusion on our list of top 10 movies of the year. There's not much else I can add except that you will be rocked by this movie. (4/9)

This Jay Roach movie is getting serious buzz already and the cast is really to die for. I know that it might be a bit of Steve Carell overkill with two of his movies on the list, but I think you can handle it. (7/23)

Angelina Jolie returns yet again to the action genre that has been very, very good to her. The early peeks at this one look like it could be another home run. It will have stiff competition for sure, but our money says that Angie will be able to fend for herself. (7/23)

If you're a red blooded male and you haven't heard about this movie, allow me to make your day. It stars just about every action star in the last 30 years. Stallone, Schwarzenegger, Statham, Li, Lundgren, Couture (No, not me). (8/13)

While Natalie Portman is no stranger to a period piece, this one will break new ground for her. Alongside Danny McBride, James Franco and Zooey Deschanel, this posse will be bringing in the laughs really "old school" style. (10/1)

Remember Seabiscuit? This one is basically the same thing with a much, much better cast. Horse movies always do well and this one is no different. (10/8)

The only reason you don't know about this one yet is because it's not the holidays - well not holiday season 2010 - yet. You will know about it and you will laugh as everyone's third or fourth favorite pair of stoners are back, tackling the big fat guy in the red suit this time. (11/5)