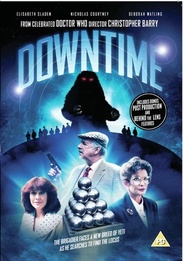 Fighting alone this time, without their famous time-traveling scientific advisor, Sarah Jane Smith (Elisabeth Sladen - DOCTOR WHO) and The Brigadier (Nicholas Courtney - DOCTOR WHO) investigate the New World University; a sinister organization seemingly run by another familiar face - Victoria Waterfield (Deborah Wating - DOCTOR WHO). It's difficult to tell friend from foe as The Brigadier's old enemy The Great Intelligence returns to Earth in the guise of Professor Travers (Jack Wating - DOCTOR WHO) and begins a new invasion attempt using the planet's own technology, but to win it must find the Locus that binds its power.