The Class: The Complete Series 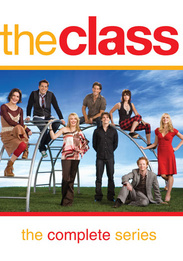 In this series from comedy kings David Crane and Jeffrey Klarik, an overeager romantic hosts the ultimate surprise party for his fiancee: a reunion of their third-grade classmates to celebrate the 20th anniversary of the day they met. Although the party turns out to be a disaster, the lives of the eight attendees remain inextricably bound together from that day forward. Long-dormant feelings are rekindled as each of the classmates reunites with the grown-up versions of the little kids they remember. Now that they're reacquainted, these eight unique individuals find their lives continuing to intersect in surprising new ways. Old connections are discovered, new ones are made--and from that night on, none of their lives will ever be the same.