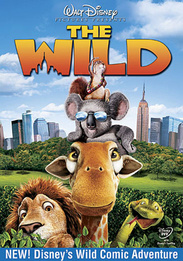 Disney uncages the laughs in this hip and hilarious comedy. When a band of furry friends escape from the city zoo, they discover that New York City is the biggest, craziest jungle of all.

Now, faced with a new journey and the challenge of a lifetime, they must work together if they are going to survive on the outside.