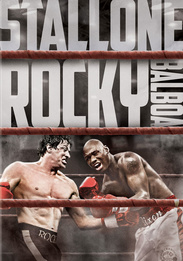 The greatest underdog story of our time is back for one final round of the Academy Award-winning Rocky franchise. Former heavyweight champion Rocky Balboa steps out of retirement and back into the ring, putting himself against a new rival in a dramatically different era.

Rated PG for boxing violence and some language.