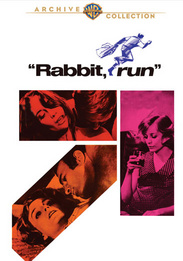 Oscar and Golden Globe-nominee James Caan ("Misery," "The Godfather") stars as a one-time basketball star who finds the realities of life are tougher than those on the playing field. Based on the brilliant novel by John Updike and featuring a superb supporting cast. Co-starring Oscar and Emmy-winner Jack Albertson ("Chico and the Man"), Arthur Hill ("The Champ"), Oscar-nominee Carrie Snodgrass ("Diary of a Mad Housewife"), and Ken Kercheval ("Dallas").