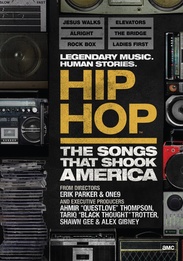 From Executive Producers Ahmir "Questlove" Thompson, Tariq "Black Thought" Trotter, Shawn Gee and Alex Gibney, each episode of this new documentary series focuses on a groundbreaking song pivotal to the evolution of American music and culture. From the early Hip-Hop battles to verses that sparked hope and inspired change, watch Artists deconstruct their composition, revisit the impact the song had on them personally, and dissect the socio-economic and cultural conditions that inspired the landmark work and gave voice to a generation.