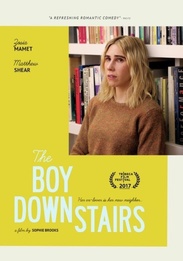 Diana (Zosia Mamet) moves back to New York City after a few years abroad and finds the perfect Brooklyn apartment for a fresh start. Yet on the first night in her new home, she discovers that her ex-boyfriend Ben (Matthew Shear) lives in the apartment below hers. After an awkward reunion, Diana proclaims her intentions for a genuine friendship. But as old wounds are opened, both Diana and Ben are forced to confront the true nature of their feelings. Blu-ray includes: 5.1 Surround, Stereo English subtitles for the deaf and hearing-impaired