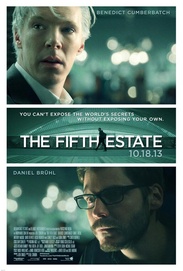 Through the eyes of Daniel Domscheit-Berg (Daniel Bruhl), an early supporter and eventual colleague of Julian Assange (Benedict Cumberbatch), the film follows the heady, early days of Wikileaks to its abrupt end after a series of controversial and history changing info leaks. The website's overnight success brought instant fame to its principal architects, but as their power expanded across the globe, Daniel grew increasingly disillusioned with Julian's questionable tactics and ethics. The rift between the two friends became irreparable and their ideological differences tore them apart, but not before they revolutionized, for better and worse, the flow of information to news media and the world at large.

Rated R for language and some violence.