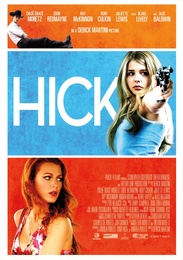 Smalltown teenager Luli (CHLOÃ GRACE MORETZ) escapes to Las Vegas, leaving behind her alcoholic and abusive parents. Armed with her smarts, a pistol and pocket money, she hitchhikes her way west. Along the way, Luli crosses paths with Eddie (EDDIE REDMAYNE), an unstable rebel with questionable motives and Glenda (BLAKE LIVELY), a cocaine-snorting drifter on the run. Adapted from the critically acclaimed novel by Andrea Portes, this powerful story pulls you into a provocative world of drugs, seduction and murder.