Review: 'Nope' delivers yet another horror classic for Jordan Peele 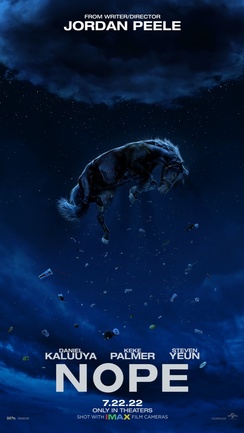 A decade ago if you had told me that Jordan Peele would single-handedly reinvent the horror genre, I would have laughed before making some quip that called your sanity into question. Up until 2017, Peele was known for being half of the comedy duo Key & Peele.

Despite a highly successful comedy TV series, Jordan Peele abruptly executed a 180 and shared his desire to create horror movies. To say that the cinematic world was shocked and skeptical would be an understatement.

Get Out debuted in theaters in February 2017 and the rest, as they say, is history.

Jordan Peele helped to usher in a unique brand of horror where in many cases the boogeyman onscreen is secondary to the monsters living inside all of us. He is able to present horror as social commentary in many of the same ways that The Purge films accomplish their critiques of society through brutality.

While Peele's films are most often unfairly categorized in the polarizing sub-genre of Elevated or Arthouse Horror, it's pretty apparent by now that Jordan is simply creating his own vision and he won't easily be tied down to any such preconceptions. With Peele is able to once again wrap a simple human criticism into a much larger story of visitors from elsewhere.

Jordan Peele reimagines the summer movie with NOPE, an expansive epic of uncanny science fiction. Following their fatherâs shocking death, Hollywood animal wrangler OJ (Kaluuya) and his sister Emerald (Palmer) begin observing unexplained phenomena on their vast Southern California ranch that leads them down an obsessive rabbit hole as they plot attempts to capture the mystery on camera. Along with a former child star turned family theme park ringmaster (Yeun) who neighbors the siblings, the pairâs efforts to chase the spectacle soon bring terrifying consequences and unimaginable horror. The result is a complex social thriller that unpacks the seeds of violence, risk and opportunism that are inseparable from the romanticized history of the American West â¦ and from show business itself.

At the heart of Nope, Peele takes aim at the innate human desire to conquer and control his surroundings. Whether it's through the exploitation of trained animals (the chimp from 'Gordy's Home,' the horses from the Hayward ranch) or the manipulation of otherworldly beings, it's this human need to control that unleashes true horror.

Whether Peele intends to go all the way back to the colonization of North America and the displacement of indigenous people, it's clear that his story is touching upon this oppression, especially when it goes off the rails. Because let's face it, it always goes off the rails.

Horror as social commentary is the niche horror realm that Jordan Peele has decided to take over and he's clearly in a class by himself. It's easy to draw parallels between the exploitation of animals in entertainment and slavery in the United States that helped to expand the United States to the Pacific Ocean and the old west.

It seems that Peele is keen to show that this need to subjugate and rule "lesser" animals or people will only rear up and bite you in the butt if you're not careful. In the case of Jupe, he didn't learn his lesson of the set of 'Gordy's Home' and you know the old saying about those that forget history being doomed to repeat it, yeah, that's called karma and karma gets exactly what it wants from Jupe.

Of course, it's not simply an easy moral dilemma either. Em and OJ are determined to exploit their would-be alien visitor to capture definite proof of its existence which would lead to fame and money in their eyes. But at what cost?

What transpires over the film's 130-minute run time is more about the need for meaning in a meaningless world. Em and OJ (and to a certain extent Jupe) are all trying to find their place in the world, a world that has become a bit foreign to them.

In that respect, we can all relate to the movie's characters as we see this cultural shift happening right in front of our eyes. Thanks to the rise of YouTube and social media, social influencers are more desirable right now than movie stars. My kids are more familiar with DanTDM or Zach King than who is starring in the latest Hollywood blockbuster.

In today's world, exploitation has become the overriding motivation and it's pretty clear what Peele thinks about that. So, in that way Nope is a warning beacon preaching against the dangers of exploitation and thinking that humans are at the top of the food chain.

If we aren't careful, those being exploited will punch back and get what is rightfully theirs. In many cases, there won't be a whole lot of sympathy to go around either. When the tiger Montecore attacked Roy during a Siegfried and Roy performance, I would say that the response was 50-50 in terms of outrage over the animals' training conditions and concern for Roy's injuries.

So, whether it's a trained horse that gets spooked one time or a shape-shifting alien creature, or a tiger that you consider to be family, those that are oppressed will constantly fight to break the chains that bind them. And when they do fight back, it's one hell of a bloody affair.

Nope is now available on 4K UHD, Blu-ray and DVD. 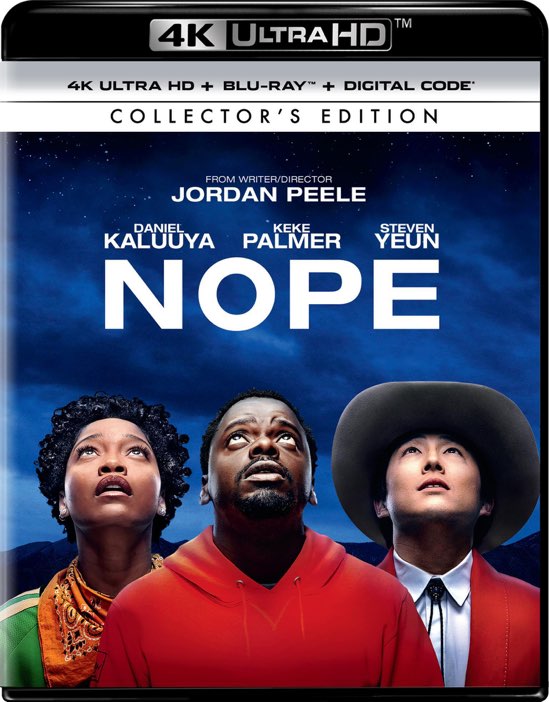 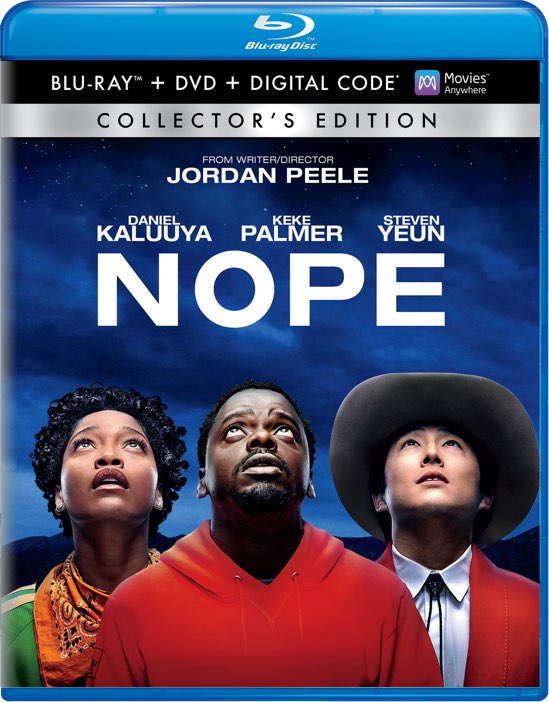 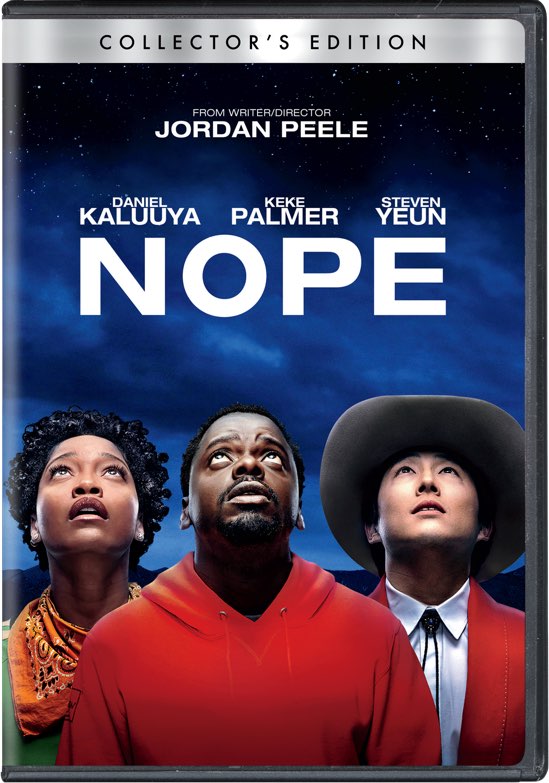