Review: Vestron Series continues its success with 'The Wraith' 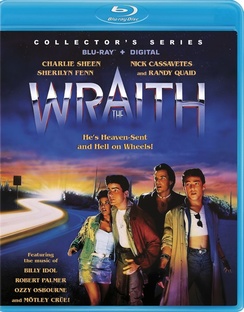 As a child that came of age in the 1980s, I was predisposed to become a film buff. The absolute breadth and depth of cult classics released in this decade is staggering. No matter what genre you prefer, you will most likely find a seminal work released in the '80s.

It was during that decade that my healthy (unhealthy?) obsession with horror was born. I couldn't have asked for a better time to cut my teeth on the classic horror films that were seemingly being released each and every week. And while I would hesitate to call The Wraith a "horror" film per se, it is still a cult classic from this era that Lionsgate has finally salvaged through its "Vestron Video Collector's Series" of releases.

Four glowing orbs crash into each other over the Arizona desert, leaving in their wake a badass Dodge Turbo Interceptor and an enigmatic, helmeted driver. The following day, a stranger rides into town on his dirt bike and befriends a girl whose boyfriend was recently killed by a gang of street racers and his brother. One-by-one the mysterious Interceptor and its driver gets revenge on the street racing gang.

Following his breakout role in Red Dawn in 1984, Charlie Sheen had a banner year in 1986 that included Platoon, a cameo in Ferris Bueller's Day Off and the lead role in The Wraith. As the avenging spirit or alien or insert your own theory here, Sheen's Jake is the prototypical avenging protogonist that is eerily similar to the lead in The Crow that would come out about a decade later.

Charlie Sheen is at his classic youthful best before all that Tiger Blood and #Winning nonsense. No, this was Sheen before the all the craziness crept in and it's refreshing to revisit this role and remember him from when his career was laden with potential and success.

Some would argue that he went off the rails later on, but I alway come back to The Wraith as a touchstone film about what could have been. I always felt that he was primed for a comeback ala Travolta in Pulp Fiction. I still think that he's one good role away from being back in the good graces of audiences everywhere.

Another great performance from this film is the one turned in from a young Sherilyn Fenn. This was several years before her star-making turn in Twin Peaks and the residual success she gleaned from that seminal work, but it was evident even here that she had tremendous talent.

It's funny, a co-worker recently compared her to the flash-in-the-pan success of Megan Fox and I initially balked at the comparison. After digging into it a bit though, I was surprised to find myself actually agreeing to this parallel. Both actresses had quick success and quickly transitioned to other projects, but they also both burned up their clout after a few years and faded into the background.

Interestingly, both actresses are seeing a bit of a resurgence in their careers, but I'll save that for another review.

Long before Clint Howard was exclusively making a living appearing in his more famous brother's films, he was turning in wonderfully bizarre performances such as Rughead in The Wraith. The character's strange disposition still holds up and continues to be one of Howard's more iconic roles.

Of course, I can't end any review of The Wraith without bringing up Randy Quaid's portrayal of Sheriff Loomis. With so many moving performances in Quaid's arsenal, this one is often overlooked, but that's a shame. His cariacature of a small-town bumbling sheriff is dead on and realized to perfection. It's even a bit understated, which is amazing given the actor and the subject matter. Had Quaid played this role later in his career, I think it would have been completely over the top.

So, I guess the real question is, does it hold up? In my humble opinion, it does.

Sure, the special effects are the epitome of 1980s cheesiness, but it doesn't take away from the film's enjoyment one bit. In fact, you can see the film's reach in little ways such as Tarantino's Death Proof, sans the supernatural aspects.

The avenging protagonist who is able to cheat death in hopes of returning and saving his beloved is a tale as old as time, but it's one that is also rarely done better than in The Wraith. It's a classic film that is worthy of its inclusion in "Vestron Video Collector's Series."

The Wraith is now available on Blu-ray. 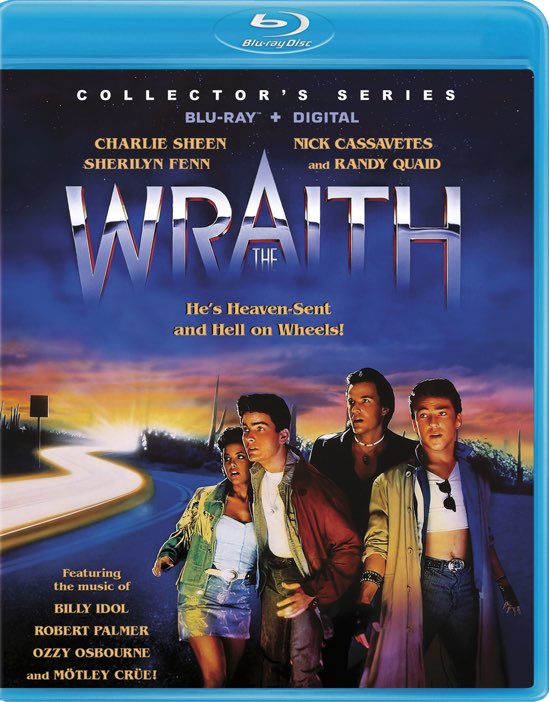