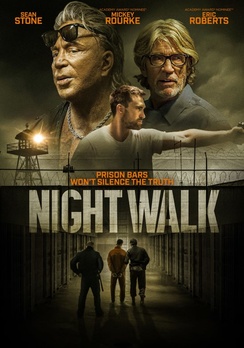 It's been a while since I've given a scathing review.

I don't think Night Walk will quite reach that level of distaste, but much like the film itself, it's just full of unreached potential. As you know, I detest the "bait-and-switch" tactics used by companies on these B-movies that swing heavily into acting talent whose contributions end up as nothing more than glorified cameos.

This is the case with Night Walk, where if one were to simply just take the artwork, would think that Mickey Rourke and Eric Roberts feature predominantly in the movie. In fact, this deception is further perpetrated by the trailer where I would say 90% of their collective screen time is included.

In other words, these actors collected a paycheck and the studio gained their image for the artwork in the hopes of selling the film as something that it's not. I expect as much from Eric Roberts who never saw a paycheck that he didn't like, but Mickey Rourke has been working to repair his image of late and he probably didn't need to do this one.

The film starts as a couple travels to the Middle East so that the man can propose to his girlfriend, but it ends in tragedy. The girlfriend is murdered and her would-be fiancÃ© is framed for the killing. Seeking bloody justice, the man must partner with a dangerous gang to break out of jail and bring the rightful killers to justice.

OK, look. I wasn't expecting Shakespeare when I picked up the review copy of this movie, but my suspension of disbelief only goes so far. For instance, for some reason, Frank, the man accused of killing his girlfriend in a foreign country, is sent back to the United States to serve out his sentence. I mean, what?

This is the basis of the entire movie and it just strains any semblance of credulity that the rest of the film could simply be one Benny Hill sketch after another for all anyone cares. To be fair, there are elements that work for the movie, but between this odd plot point and the bait-and-switch marketing, it leaves a lot to be desired.

The film does have a great B-list supporting cast, but most of them only feature in the movie for a scene or two. Had they simply been more upfront with their participation, then maybe the audience's expectation levels could be properly managed.

As it is, the synopsis and artwork promise a gritty action thriller, but the reality is that Night Walk is more of a romantic drama with some prison action tossed in. Unfortunately, there's not enough action to appease the die-hard action fan and the plot as described above is hardly what I call plump enough to trick even the most fickle critic.

The end result is a film that we've seen too many times to count during this pandemic. Night Walk was most likely sitting on some shelf and they decided to dump it now with minimal promotion and hope that the misdirect pays off.

Whether that gamble pays off is still to be determined, but I have a sneaky suspicion that we won't be seeing a sequel any time soon. That's a shame because I do think there are elements in the movie that are topical, namely the Muslim stereotypes and prison culture.

I do think that both of these themes may have yielded better results in more capable hands. As it stands, Night Walk is simply a forgettable movie that probably isn't even worth a late-night gamble on Netflix. 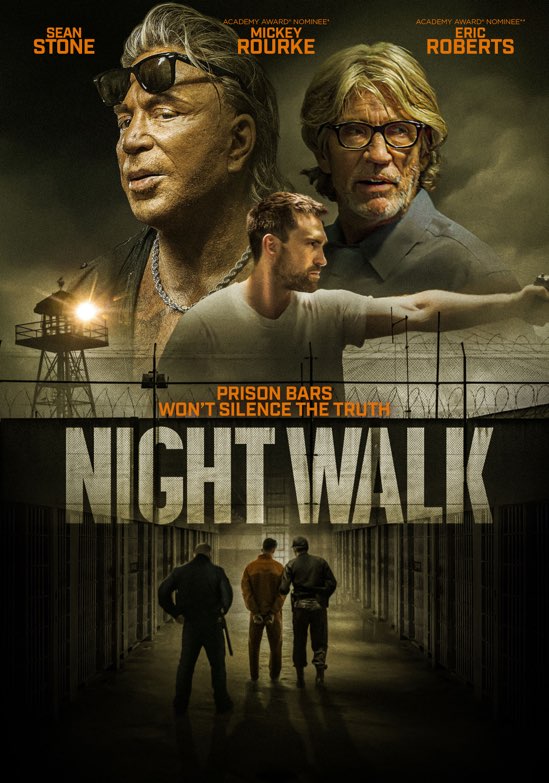