Review: 'I Am Elizabeth Smart' is a visceral experience

When you review several films each week, you find a wide variety of movies. Some are good, some are not so good. And then there are those that will haunt you for a bit.

I Am Elizabeth Smart is one of those haunting films.

While I feel that anything that I write will only cheapen the experience, don't let the lack of a long-winded review fool you. I Am Elizabeth Smart is one of those movies that will elicit a response in you and force you to realize that there are real monsters out there in the real world. As the father of two young children myself, the threat of them being taken is a very real scenario that haunts me each and every day.

For those of you that forget, Elizabeth Smart was a teen who was kidnapped by a husband and wife team in Utah. For nine months, Elizabeth was held and forced to be the husband's second wife resulting in physical, emotional and psychological abuse.

Right off the bat, the film was produced and debuted on the Lifetime Network. This came with several misconceptions that this would simply be just another "TV Movie" about a sensational case, but nothing could be further from the truth. First, the scope of the film is truly cinematic in scope and yet the real-life Elizabeth Smart helps to ground the story with her narration throughout. Having her break into the narrative is a really unsettling and effective way to punctuate the reality of the events you are watching. There's no chance that the audience will be able to disconnect from the real-life events that are being retold on screen.

Second, Elizabeth's involvement with both the script and the entire process insured that the film would be a faithful recreation of her horrible experiences. While the tendency with these type of movies is to sugar coat the story so as to minimize the queasy effects on the audience, Elizabeth forces us to relive her past. For nine months, she was raped each and every day by her captor Brian David Mitchell and I Am Elizabeth Smart does not pull a single punch despite how unsettling that might be.

Speaking of Brian David Mitchell, he is played by Skeet Ulrich and he is at his looney bin crazy best. I mean that with all sincerity. There are few people in the world that were born to play psychos and Skeet is among the finest in this niche and he really nails Mitchell. I remember that in the aftermath of her rescue, some people were questioning how she was unable to escape her captors once in over nine months. After watching I Am Elizabeth Smart, you will never ask that question again.

Not only was she tied up most of the time, but the psychological and physical abuse was such that it demoralized her to a point that escape seemed worthless. Never before have I seen this level of helplessness captured so perfectly, save for perhaps Room and that's a heckuva comparison.

Throw your expectations of a made-for-TV movie out the window, because I Am Elizabeth Smart is anything but. It is a film that plays a lot like a documentary but one that will bend you over and kick you in the rear with its emotional impact. At the end of the day (and the movie), we are reminded that this a true story and even more frightening is that situations like this continue to occur today and hopefully, this film's legacy will be to force some sort of change to address child abductions and human trafficking.

I Am Elizabeth Smart is now available on DVD. 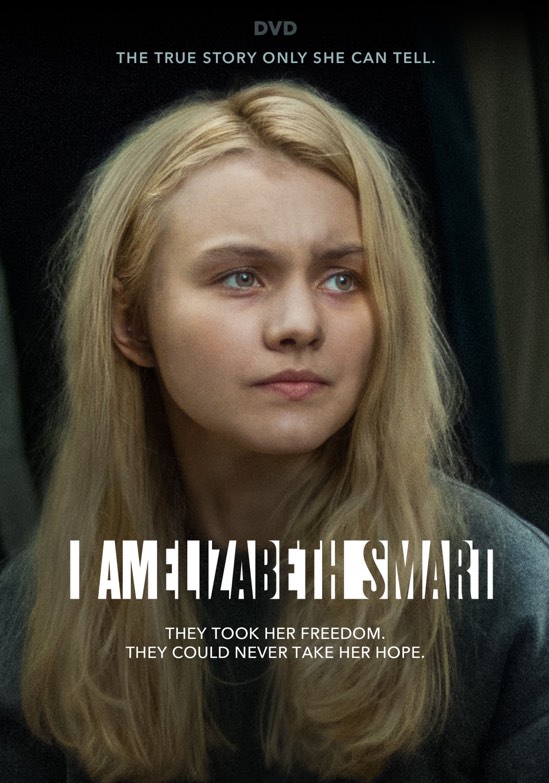