Review: 'Prisoner 614' will 'Escape' with a few laughs

There is just so much that could have gone wrong with this film. A film set roughly in the 1960s amid simmering racial tensions in this country in which a black man claims that he was framed for murder and convicted by an all-white racist jury. Yeah, this could have been a much darker film.

Thankfully, though, first-time writer/director Zach Golden skirts these weighty issues with a terrific cast that knows when to lighten the mood with levity. And yet, there is a good message from the film, it's just not delivered with a heavy hand that so many of these type of films opt for.

The Escape of Prisoner 614 is the story of two bumbling deputies who are fired when their sheriff shows up and questions their lack of any sort of arrest record. After he leaves, a local warden calls about an escaped prisoner and the two deputies concoct a plan to capture the escaped prisoner and win back their jobs.

Had the film taken a more serious tone, then I think more of the flaws would come to light, but the strong cast and whimsical nature help to hide some of the first-time flubs. The film draws upon several films for inspiration including heavily from the Coen Brothers, Butch Cassidy and the Sundance Kid and The Fugitive.

While not as cinematic as say O Brother, Where Art Thou?, several quaint ideologies and mannerisms resonate through both films. Where Tommy Lee Jones famously quipped that he didn't care about his quarry's innocence, Jim and Thurman take the exact opposite approach and display compassion and understanding that may be foolhardy, but also might just be the type of behavior that saves us all in the end.

The hapless deputies are played to perfection by Martin Starr and Jake McDorman. You will undoubtedly recognize Starr from his TV work on Freaks and Geeks and Silicon Valley, but he reaches a new level here. His subtlety and naivety play well into his character's actions and allow the audience to feel the gamut of emotions.

I wasn't as familiar with Jake McDorman, but his performance in The Escape of Prisoner 614 made me take notice. I did enjoy his time on the abbreviated show Limitless, but again, he was surprising here with his commitment to character. Without these two as the bumbling deputies, I'm not sure that the film would be as satisfying as it is.

It would be impossible to review The Escape of Prisoner 614 without mentioning the racist sheriff played wonderfully by Ron Perlman. He is a consummate actor and while he has been known to bring the funny, he is much more reserved here to allow the Martin and Jake to play off of him. He is the perfect foil for our protagonists and his sheer intolerance and rigidity in the law opens a dialog that the film allows the viewers to have after it has ended.

As a film from a first-time writer/director, The Escape of Prisoner 614 is a refreshing story that borrows a bit from the past, but ultimately gives us a timely parody of a time in our country's history that has been covered ad nauseam with more serious films. While the film offers up plenty of laughs, there is a certain knowing wink that if we are not careful, we might be doomed to repeat our past transgressions.

The Escape of Prisoner 614 is now available on DVD and Blu-ray. 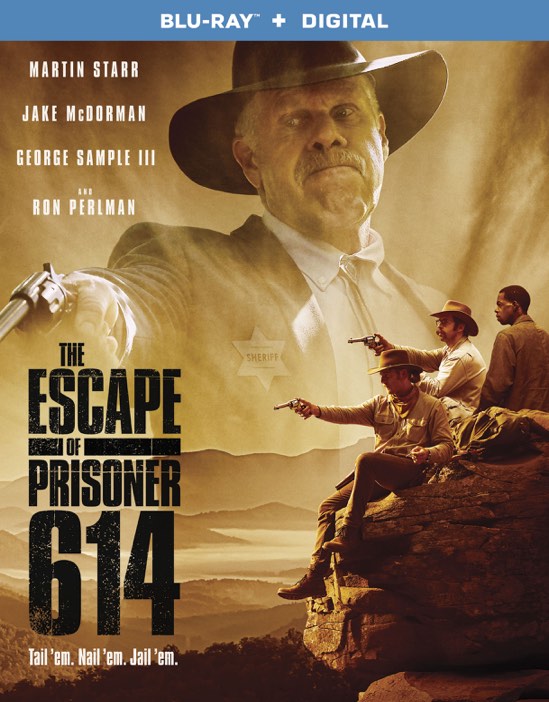 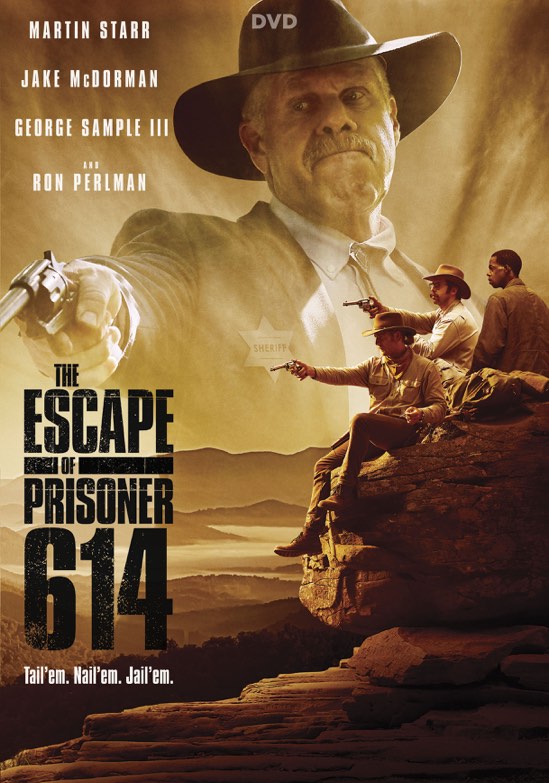