Review: 'Early Man' scores for some, but not others 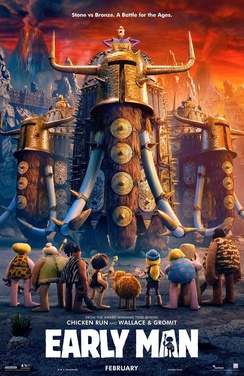 Aardman Animations, best known for their Wallace & Gromit stop-motion clay animation features, returned to theaters earlier this year with an original film called Early Man. It seems that Aardman's technique is an acquired taste and one that has had mixed results with my own kids.

While they typically love the Shaun the Sheep stuff, they have been a bit slow to warm to Wallace & Gromit. So, as we sat down to watch Early Man this weekend, I wasn't quite sure what kind of reaction I would get.

Early Man recounts the fictionalized origins of soccer (or futbal as it is known in the rest of the world) during prehistoric times. The story actually spans two distinct periods, the Stone Age and the Bronze Age and is packed with several positive messages about inclusion and teamwork amid many funny voice performances.

I knew I was in trouble off the bat as neither of my kids (4 and 6) had learned much about the Stone or Bronze ages in school. Oh, but if you ask them about the Jurassic period, they will give you a three-hour lecture on dinosaurs, but I digress. After I tried to clear up the differences between the two clans, we forged on, but it was clear that my son was losing interest, despite playing soccer himself.

My daughter, on the other hand, was quite intrigued by the historical differences between the two time periods and the strong female storyline. Honestly, I thought their reactions would be reversed, but by the end of the film, my daughter was enthralled by the movie while my son couldn't wait to put in "something better."

From a non-biased adult perspective, I found the film to be both a nice diversion from Aardman's tried and true characters and a whimsical satire about soccer. I must admit that I am a huge hockey fan and have never really gotten into soccer. I know that puts me in the minority in the world, but that's fine. So, I particularly enjoyed the jabs at the sport that the filmmakers included such as the propensity to feign injury to sell a call and notoriously corrupt officials.

I also found the film's exploration of overlapping periods to be interesting and thought-provoking. It provided the story a significant weight that it exploited in the cockiness of the Bronze Age team playing a technologically inferior team from the Stone Age. Of course, soccer is one sport where technology doesn't really help or hinder one team over another so it was uniquely qualified to serve as the battleground between these two tribes.

As in most sports stories, there is a large underdog plot that plays out without too much overkill. All in all, the vast majority of the laughs are earned, if not completely original.

The voice cast is top-notch with Eddie Redmayne lending his voice to Stone Age protagonist Dug, while Tom Hiddleston voices Lord Nooth from the Bronze Age. Maisie Williams' character Goona is a Bronze Age woman who realizes her true potential when she agrees to coach and to play for the Stone Age.

While the film certainly entertains, I feel that true soccer fans will find more chuckles as there appear to be several inside jokes sprinkled throughout. I was surprised that my young son didn't appear to enjoy the film, so if you have younger kids, then you might want to wait until they are older to introduce them to Early Man.

My daughter enjoyed it thoroughly and she is also not a big soccer fan, so the film's quirky humor does land with the right audience. Thankfully, it lands more than not and the film is an enjoyable way to spend a rainy afternoon together as a family. 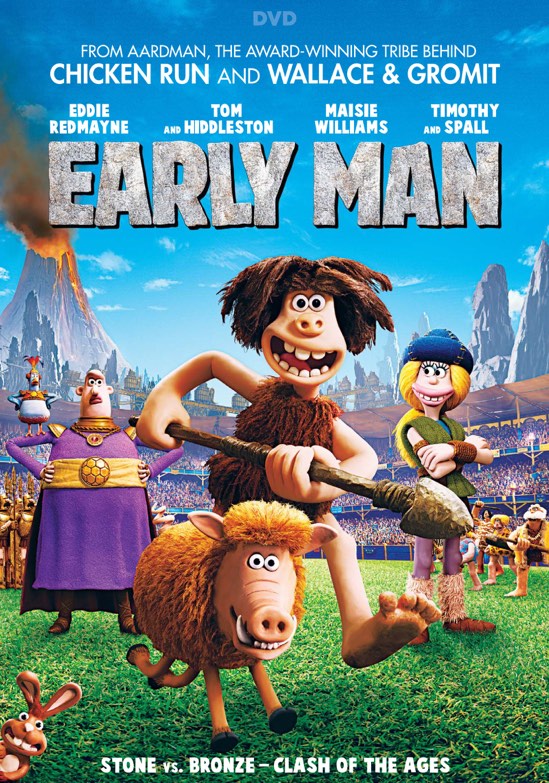 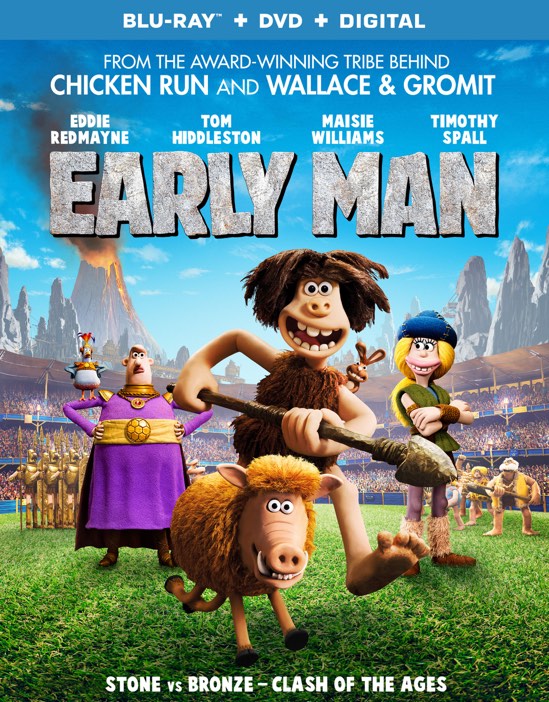