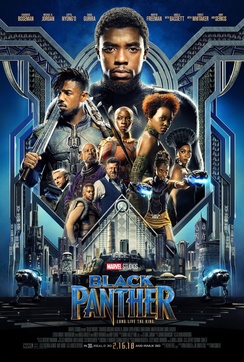 I remember watching Iron Man in theaters and being blown away. A decade and 18 films later Marvel is the hottest name in Hollywood and they continue to defy the odds. The Marvel Cinematic Universe (MCU) has so far grossed in excess of $6.5 billion at the box office (and counting!) with no signs of slowing anytime soon.

To give you an idea of just how impressive this feat is, the next closest franchise, Star Wars, has only grossed a hair over $4 billion to date. Of course, the MCU has 19 films compared to the 10 for Star Wars, but the fact that the MCU can maintain, no grow the box office performance over the last 10 years is amazing.

Black Panther is the highest-grossing MCU film (at least for a few more weeks) and its $696 million performance is good enough for third-best of all time. The film that will most likely surpass it is the recently released Avengers: Infinity War which has taken in $553 million in only 18 days. The bottom line is that after 10 years and 19 films, the MCU is well-built box office machine that is practically printing money these days.

So, with all of this success, you would think that Marvel would stay the course and follow the formula to continue pumping out box office behemoths. But, Marvel's tried and true course of action for the past decade has been to swerve when you were expecting one thing to something completely different. Take Guardians of the Galaxy, the most obscure comic book that they've attempted to incorporate into the MCU with characters that feature a talking raccoon and a tree that only says the same three words.

I was absolutely convinced that Guardians of the Galaxy, released in the traditional box office no man's land known as August, would be the first epic flop for Marvel. I was wrong. Not one to shy away from doubling down when I'm behind, I bet the house that Ant-Man and its wise-cracking lead would unravel the entire franchise. Again, I was wrong.

At this point, you might want to want to call Marvel "Teflon Marv" because no matter how much we try to pin the next film as the one that fails, nothing we say sticks to the franchise that can seemingly do no wrong.

Case in point, Black Panther. Despite a positive response to the character's debut in Captain America, there was an absurd rumbling among Marvel haters that Black Panther could not carry his own stand-alone film. I was not one of them, I have given up trying to predict when Marvel will fail. At this point, I am convinced that the Earth will stop spinning before an MCU film flops at the box office.

And yet, Black Panther was a risky proposition. There had never been a black superhero movie with a predominantly black cast before and some were unsure how receptive audiences would be to the concept. Of course, this is bunk as Guardians of the Galaxy films are full of blue, green and gold people. The MCU has accomplished something that we have unfortunately been unable to replicate in the real world, to create a universe that is truly color blind.

For that reason, Black Panther is not just a great comic book film, it is a wonderful film that truly delivers on the pathos that all great films search for. The basic premise follows T'Challa, a young prince who ascends to the throne of Wakanda when his father dies. The young king is tasked with leading his secluded, technologically-advanced country while also thwarting all attacks upon his people from the outside world under the guise of Black Panther.

T'Challa is a flawed hero that struggles with self-confidence. He is not convinced that he is ready to lead his people and to take on the mantle of Black Panther. This humanity grounds his character and allows the audience to jump aboard easily as his character completes arc by the end of the film. Along the way, T'Challa is able to accomplish in one film what many superheroes are unable to do over many films (I'm looking at you DC) which is to develop a complex character that you actually care about.

If there is any secret sauce to the MCU, it's in their attention to character development - and it's not just the hero whose name is at the top of the poster. In Black Panther, T'Challa's sister Shuri is a great example of a supporting character that is fully developed along her own character arc. Heck, even T'Challa's main Wakandan adversary M'Baku takes advantage of his precious screen time to craft a complex character that is at odds with the typical cardboard cutout bad guy often found in second-rate comic book films.

Black Panther is a wildly ambitious film that hints not only at events that occur in Avengers: Infinity War, but also the very direction of the MCU films that will follow. Wakanda weighs its isolationist history and whether they have a moral imperative to share their advanced technology with the world. Sure, Killmonger brings that debate to a head with his actions in the film, but the argument is one that resonates throughout the MCU. Is there an ethical call-to-action for these heroes to use their powers to better the ordinary world, or should they make like the ostrich and stick their heads in the proverbial sand?

Again, this theme is taken to a whole new universal level in Avengers: Infinity War, but you can see it playing out on a smaller-scale here in Black Panther. Another theme from Black Panther that hints at the future of the MCU is the concept of strong women. Whether it's Shuri and her technological advancements that would make Q from James Bond blush or Okoye and her all-female Special Forces guard, female power is strong and it's only going to grow.

With The Wasp and Captain Marvel starring in films between now and the next Avengers film, the impact of strong women on the MCU is only going to grow exponentially. Sure, that's a bold direction for movies based on the predominantly male-driven comics industry, but you only have to look as far as last year's Wonder Woman to know that it's a bet that Marvel will surely win.

I could go on and on about Black Panther and talk about how it develops themes about family and identity. I could touch upon the subtle warnings about the dangers of rapid technological advancement. Or, I could simply state that my son has watched this film non-stop since we received it 10 days ago. I am not exaggerating when I say that we have probably watched it at least 15 times. And you know what? The film is still entertaining each and every time. That's about the highest review that I can give a film.

I was fortunate to be able to review the 4K UHD version of the film and I can't wait to buy all of the MCU films in this format someday. The Dolby Vision with HDR video is amazing. The film features several dark scenes and the crisp handling of the blacks give the film a great texture that really brings out the best in the format. By contrast, there are also many scenes that practically explode with vibrant color. Likewise, the HDR handles this color palette spectacularly and these scenes were noticeably inferior on the Blu-ray version.

The Dolby Atmos audio track is mixed brilliantly to handle both the great action sequences and the delicate conversations. The dialog is not overshadowed by the surrounding action and in particular, the Atmos soundtrack shines in the casino scene where there's a vibrant mix of background noise, foreground conversations, and a chaotic gunfight.

If there was one nit-picky thing about the home entertainment offering of Black Panther that I could complain about it, it's the flimsy amount of bonus features. I'm a connoisseur, I want to get my hands on every little thing related to a great film. I felt that the quick turn-around from theatrical release to home entertainment may have played a part in the disc's paltry offerings.

That said, the Blu-ray does include a couple of deleted scenes, director Ryan Coogler's introduction, a few featurettes and a gag reel. For many people, this would suffice, but as I said, I expect more from a Marvel offering, especially one that will surely have a high ownership value. I just have a feeling that Disney will bring out a special edition of Black Panther sooner rather than later and it will be overflowing with special features.

Black Panther is a no-brainer when it comes to ownership. Whether you are completing your MCU collection or simply looking for a comic book movie that pulls off the rare feat of doubling as a great film, then you need to buy Black Panther. 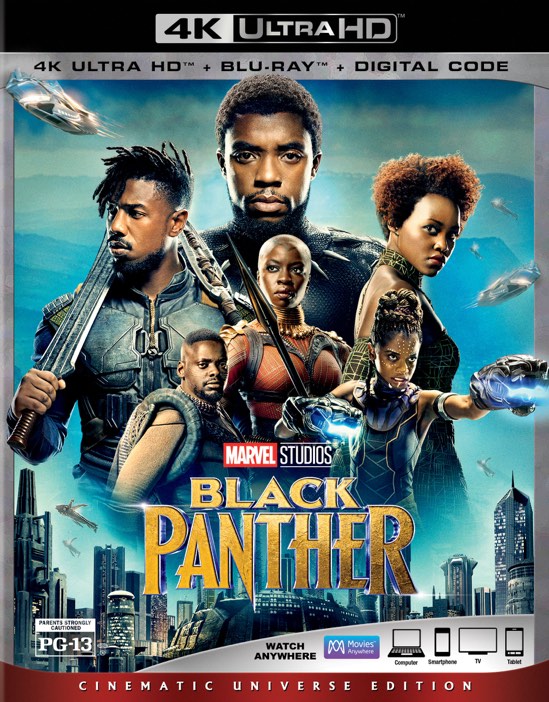 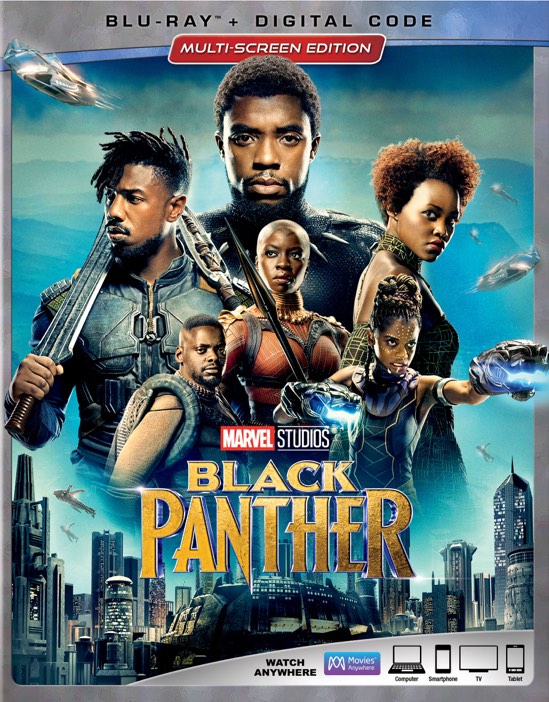 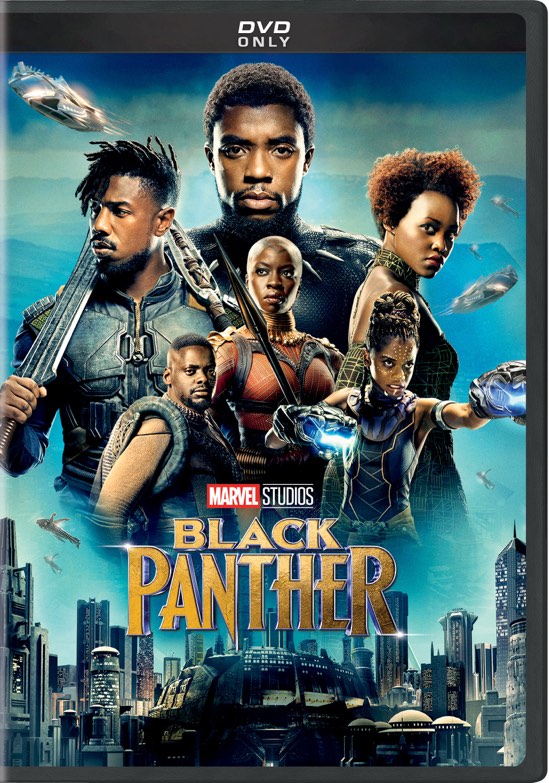