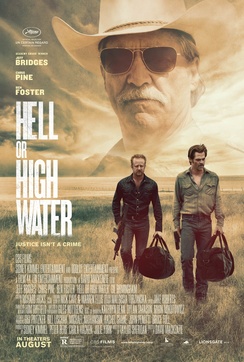 When it comes to hot screenwriters these days, it doesn't get any hotter than Taylor Sheridan. His debut script was the impressive Sicario and he followed it up with his modern take on a Western Hell or High Water. Finally, the studio allowed him to direct one of his scripts and it resulted in last year's sleeper hit Wind River.

All three of these films have helped to establish Taylor as a bright young voice, but it was Hell or High Water that really demonstrated his potential. The film also garnered him an Oscar nomination for Best Original Screenplay. The film also received three other nominations last year, including Best Picture.

Hell or High Water is one of those films that lingers with you long after the credits have finished. Set in West Texas, the film centers on two brothers that epitomize the desperation and frustration that many in this country felt during the economic crisis in the early 2000s. With few other options, they decide to get back at the bank by robbing its branches to come up with the money to save their family home.

While Jeff Bridges deservedly earns more than his fair share of praise for his portrayal of an aging Texas Ranger who is dispatched to bring the bank robbers to justice, you can't neglect the performances from Chris Pine and Ben Foster. Up until this film, I wasn't a big Chris Pine fan. He was the Star Trek guy and I didn't really get a sense that he could act his way out of a paper bag.

That all changed over the course of this film. Chris delivers arguably his finest performance and displays range and emotion that I didn't think he had in his arsenal. As the epitome of the American everyman, he wears the label almost as perfectly as he wears his mustache in the film.

Ben Foster is someone that I have been high on for a long time. He never disappoints and my only critique is that someone needed to give him a sizeable and meaty role that he could truly own. As Chris Pine's ex-con brother, he is given that chance and he knocks it out of the park. His character is forced to carry the majority of the emotional high points in the film and his performance only solidifies his status as the hardest working and least appreciated character actor working in the business today.

So, you can imagine that I was pretty excited to sit down and review the 4K UHD version of the film. Of course, the double-edged sword is that I had some pretty high expectations that the film needed to hit. I'm happy to say that not only did Hell or High Water deliver, but it blew them away.

I remembered that much like Taylor Sheridan's other films, Hell or High Water featured a raw and rough landscape upon which actors unleashed their performances. The grittiness of rural Texas looks even more impressive through the lens of HDR. The crispness of the scenes, especially during the bank robberies and the climactic scene at the end. These scenes were powerful before, but now they reach a whole new level.

I don't remember noticing the soundtrack too much when I watched it initially on Blu-ray, but the Dolby Atmos track on the 4K UHD is quite impressive. You actually feel as though you are there during the bank robberies and shootouts. By contrast, there are several quiet scenes of introspection during the film and the Atmos track handles them perfectly.

Overall, the 4K UHD is the ultimate version of Hell or High Water and if you are a fan of the film, it is definitely worth a purchase. The film has a high degree of re-watchability and you will want to see the film over and over again in the superior format to ensure a top-notch experience.

Hell or High Water is now available on 4K UHD. 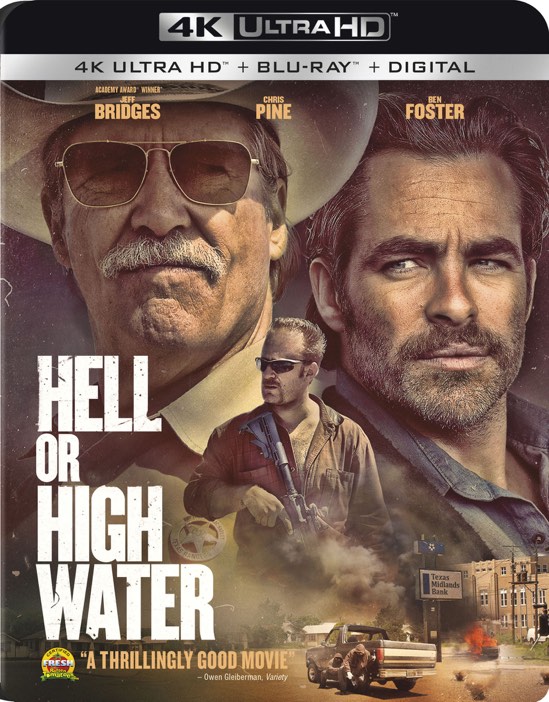