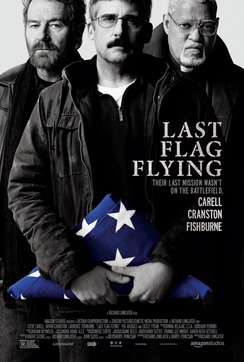 The guy who wrote and directed Dazed and Confused now brings us the story of three Vietnam vets who reunite to bury a son who was killed while serving our country over in Iraq. Let that sink in for a moment, the man who gave us Wooderson is now tackling emotions such as death, loss, and regret.

Much like Matthew McConaughey maturing to win an Oscar, Richard Linklater's own personal journey is fulfilled in Last Flag Flying. Everyone aspires to grow and tackle new challenges and with this film, Linklater demonstrates that he can mix comedy and drama to lead his audience through a rollercoaster of emotions that closely mimics real human experience.

Last Flag Flying follows three Vietnam Vets who have grown apart after returning home, but they are suddenly thrust into a reunion after the death of one of their sons. Now, they must confront the past as well as the present as they prepare to say goodbye one last time

The film is able to find that delicate balance between humor and real emotion that is both hard to find and necessary in films like Last Flag Flying. Since the terrible events of 9/11, the reality of the horrors found in war have been reflected in films and it can be difficult to find escape in these type of films. And yet, at the same time, these stories need to be told and we must accept that in a culture of war, these events will continue to play out in the real world every day.

This is where Richard Linklater's expertise comes into play. He has honed his skill on comedies as we mentioned above and his hard work pays off by allowing the talented comic actors, namely Steve Carell and Bryan Cranston, to keep things from spiraling into a pit of despair. Both of these actors have created wonderful characters both in dramatic and comedic works, so it's no surprise that they are able to deftly navigate between these two extremes in this film.

In particular, Steve Carell's performance as the father who has lost his son is one that I honestly did not think he was capable of delivering. I haven't always been the biggest Steve Carell fan, but after seeing him work in this film, I have a newfound appreciation for his craft.

The film also delves a bit into the whole practice of covering up the truth with a story that is more flattering. It really makes you question if there is such a thing as a little white lie and whether it is better to know the truth or to live the easier lie. This is a complicated concept and I think the movie does a great job of dipping their toes into it without getting bogged down in the minutiae of the arguments for and against. I would think that I would want to know the truth, but after watching this film, I'm really not sure where I fall on the spectrum.

Last Flag Flying is a film that really pushes the envelope in terms of the war culture that we deal with on a daily basis. Even if we never personally lose a child to military service, Steve Carell is able to convey those emotions in a way that makes it real for the entire audience. And that is the mark of an excellent film.

Last Flag Flying is now available on DVD and Blu-ray. 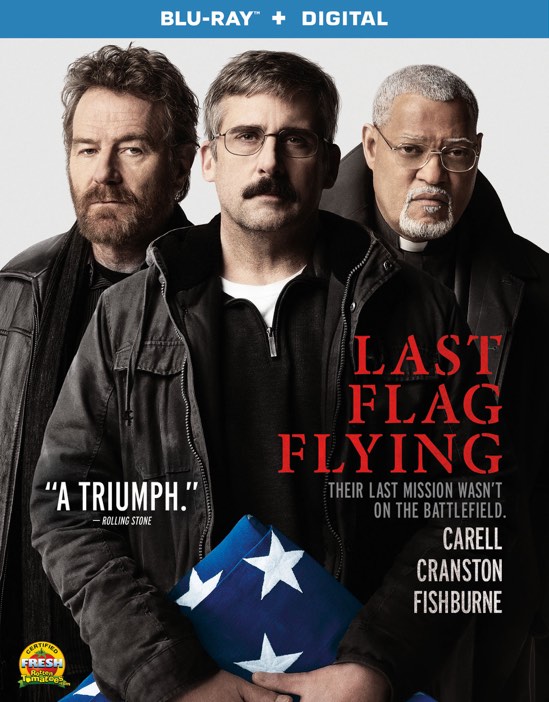 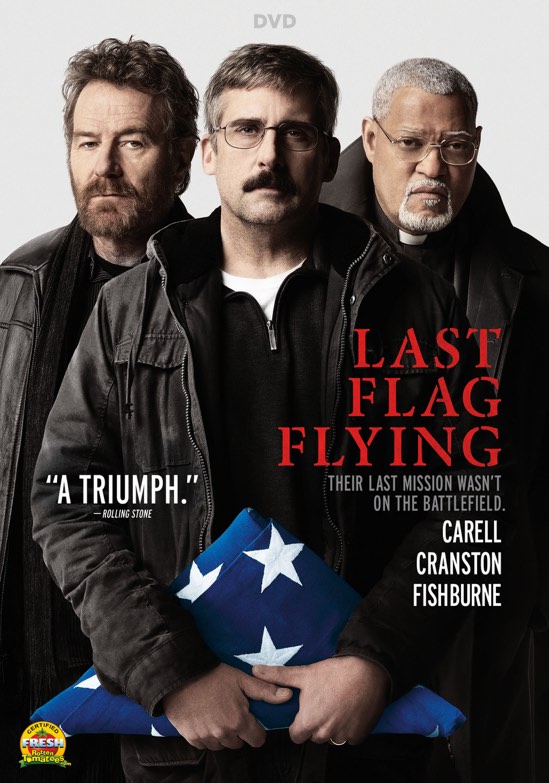