As a horror buff who grew up in the heyday of 1980s horror, there has been no greater revelation in the last decade or so than the Vestron Series of movies that Lionsgate has been putting out into the marketplace. Vestron Video was known for releasing the lion's share of these type of horror films, so it's only appropriate that the label makes a glorified return during the age of high definition.

This month's installments Gothic and Class of 1999 could not be any more dissimilar and yet they are both perfect films to join the Vestron Series. Gothic is a British horror film that is more along the traditional horror themes of the period, while Class of 1999 is a futuristic dystopian horror film whose contributions continue to echo through to the dystopian films of today.

Gothic is a fictionalized (and stylized) retelling of the night in which Lord Byron, Percy Shelley, and Mary Shelley got together and as legend has it challenged each other to come up with a horror story that resulted in Mary Shelley's most famous tome Frankenstein.

When I first saw this film as a teenager, I did not know the whole story about the famous night of literary minds that created Frankenstein. I remember enjoying the pure horror and terror of the film which at the time was pretty scary for a teen. As I went back and watched it again recently, I found a whole new appreciation for the film.

The added context of knowing the backstory to the film's plot allowed the film to play on a couple of different levels, so it was like experiencing a whole new film for me. What I discovered is that Gothic continues to resonate today and in many ways is far superior to the countless "reimaginings" of horror stories that have been made since.

As a young lad, I also wasn't able to appreciate the level of stars in the film. Granted, Gabriel Byrne and Natasha Richardson were still relative unknowns in the industry, but you can even tell in this early film that they would be destined for superstardom some day.

The Vestron Series does a great job of presenting the film in the best quality possible. This offering also represents the first time that Gothic is available on Blu-ray and as such the film has been remastered. Not only does the film look better than it has ever looked, but the many special features such as featurettes and audio commentaries make this the ultimate edition that every Gothic fan must own.

As I mentioned above, Class of 1999 is an entirely different beast altogether. The film is indicative of the early 1990s films that started to obsess over the upcoming year 2000. Many films in this era were set in the near future, but few captured the horror ethos of technology as well as Class of 1999. Even T2 which would come out a year after this film didn't go quite as dark as Class of 1999 in terms of technological fear.

In many ways Class of 1999 mirrored the dystopian themes of Westworld and it was impossible to watch Class of 1999 and not think about the parallels to the popular new TV treatment of Westworld. As many of these films go, what starts out as a good idea, sending in robotic teachers to a crime-ridden inner-city school, quickly becomes horrific.

Whether it's RoboCop and the misuse of technology or The Faculty and their theme of teachers being replaced and students banding together, the connections to Class of 1999 are undeniable. These films that are being singled out by the Vestron Series are the ones that current filmmakers grew up renting in video stores. So, it's no surprise to see them echo in today's entertainment options.

Much like Gothic, I was amazed at the level of stars that were in Class of 1999. I didn't notice Pam Grier or Stacy Keach for the stars they were when I first watched it, but upon the recent rewatching, it was impossible not to notice them.

Again, if you're a fan of this film, the Vestron Series edition of Class of 1999 is the one that you must own. Not only is it completely remastered for its Blu-ray debut, but it is also packed with a plethora of special features. The interviews and audio commentaries really do add perspective to a film that was, in many ways, ahead of its time.

I am a huge Vestron fan and these latest offerings only underscore how important it is for us film buffs to have access to these gems. As video stores continue to dwindle in number, it is imperative that studios step up the effort to release these older films in the new formats so that their brilliance is passed on to the next generation. The Vestron Collector's Series is a wonderful tribute to a period of film that continues to entertain both new fans and those that grew up on these films. 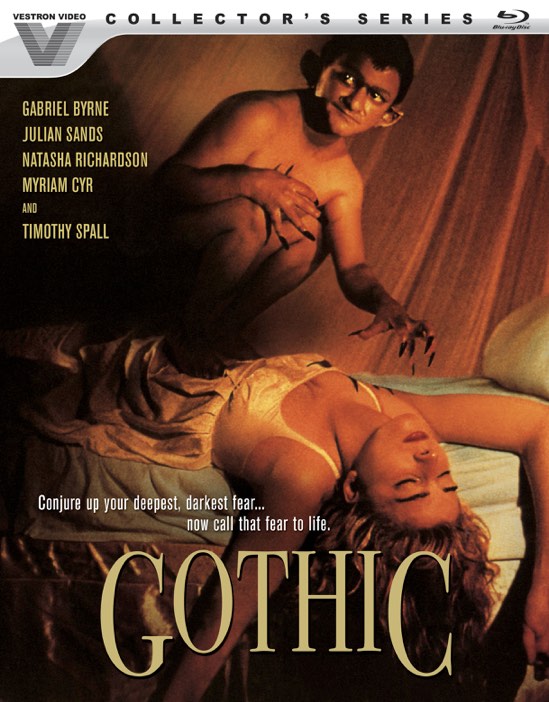 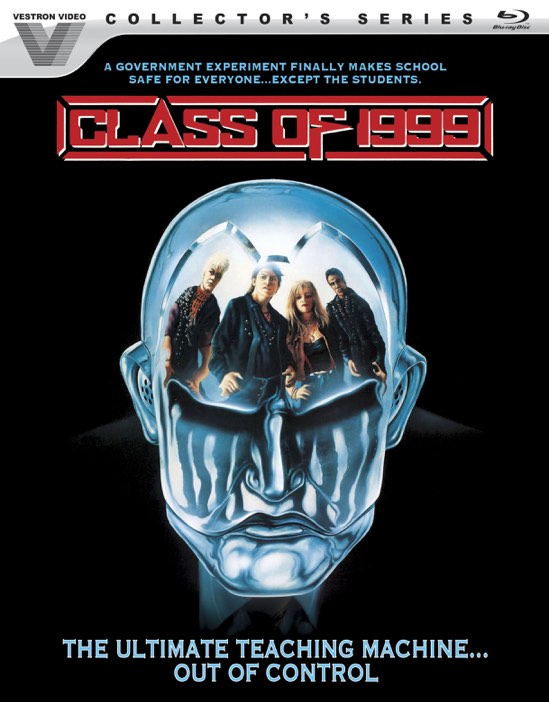