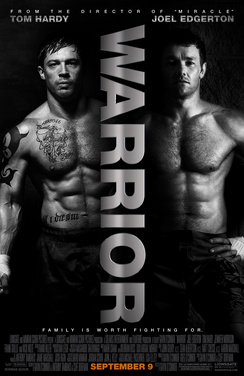 Warrior is a film that I have been wanting to see for a long time. You'll forgive me for missing it when it first came out, I was busying adjusting to fatherhood with the birth of my daughter at the time. It's probably a happy coincidence that this life event helped to delay a film about an alcoholic father until I had a few years to get comfortable with the role of father myself.

So, it was with fresh eyes and a slightly more realistic view of parenting that I sat down to review Warrior for the first time. It also happened to be the 4K UHD version which made the experience even more satisfying.

The one thing that immediately jumped out at me was how much the film paralleled my own life. I have a brother and we both have mixed feelings about our father. No, neither one of us was a war hero and we would both get creamed in the Octagon, but it was like looking into a mirror.

Of course, I'm not sure if I'm Tom Hardy or Joel Edgerton, which one is the better-looking one? Much like Tom Hardy's character, I left home while my brother played the part of Joel Edgerton's Brendan and remained local. Interestingly, our feelings toward our father were reversed from those in the film. I found that distance was the perfect cure to realize that life is too short to hold grudges, while my brother still struggles with it. Of course, having my own children may have influenced my change of heart.

Sure, it's impossible to watch the film without making parallels to Rocky or Miracle (which was also directed by Warrior director Gavin O'Connor), but the film really does follow the tried and true path of family dynamics that led to the success of Rocky. It's pretty apparent that Gavin O'Connor excels at these types of feel-good films, which makes you wonder what we will get with his next film Suicide Squad 2.

The two leads, Tom Hardy and Joel Edgerton, show why they are among the best in the business with their raw performances that carry over from the fighting sequences to the family stuff. In particular, Joel Edgerton really gets an opportunity to stretch his dramatic legs that paid dividends in future films such as Zero Dark Thirty and The Great Gatsby.

The real scene-stealer of the film though is Nick Nolte who deservedly earned an Academy Award nomination for Best Supporting Actor as the alcoholic patriarch. I never thought the words Nick Nolte and Academy Award would ever appear in the same sentence, but after watching this film, I am a true believer. He has acting chops that many of us have taken for granted for several decades.

While the film does balance the sap and competition pretty well, there are moments where the film teeters on the edge. Thankfully, it always swerves back from danger and the final product is one that perfectly combines the excitement of MMA fighting and the emotional rollercoaster of a family looking to put its broken pieces back together.

I did throw in the Blu-ray version since I hadn't ever seen the film before. I wanted to get a baseline comparison to the 4K UHD version. I watched several of the fighting scenes and a couple of the darker scenes, which happened to be key pivotal moments in the film.

The HDR is noticeable in the darker scenes as the blacks are richer and the details on the 4K UHD version are much crisper than the Blu-ray. Considering that these scenes are meant to create critical emotional moments, the added detail on the 4K UHD is well worth the investment (or re-investment).

During the fighting sequences, the higher resolution helps to prevent any of the minimal pixelation that you get on the Blu-ray. The difference is as noticeable as the darker sequences, but the overall effect is a greater brutality that comes closer to approximating the violence of real MMA fights.

Warrior is now available on 4K UHD and if you are a fan of inspirational sports films, it is definitely worth a purchase. 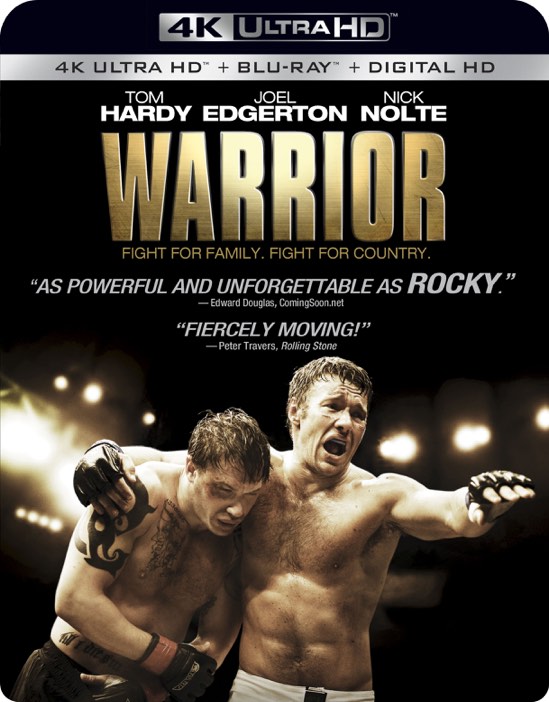