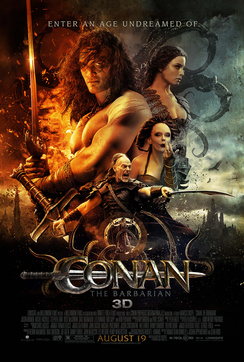 Here's the good news: with the new 4K UHD Blu-ray versions, Conan the Barbarian and The Legend of Hercules have never looked or sounded better.

Here's the bad news: the slick video and audio do little to distract you from the obvious conclusion. There is no amount of upgrades that could be done to allow these films to overcome their inherent flaws. The old idiom about putting lipstick on a pig comes to mind.

This week, Lionsgate debuts the two "swords and sandals" films on 4K UHD Blu-ray and the video and audio presentations are spectacular. They clearly demonstrate why this format is the future when it comes the enjoyment of Hollywood films in your home. I just wish someone would have spent more time in the development process before these films got their proverbial green light.

I had not seen either film before reviewing them on 4K, but they didn't disappoint in terms of showcasing the new technology. I feel that Conan the Barbarian is the better film with a much more marketable cast, but the special effects in The Legend of Hercules were a notch better.

Of course, these measures are relative and sadly, both films fail to ignite the impulse to go out and buy them, unless you happen to be the world's biggest Jason Momoa fan. One conclusion that we can draw from their release is that the future of "swords and sandals" films on 4K UHD is bright.

I know that I'm incredibly late to this party, but did we really need a reboot of Conan the Barbarian? The classic 1982 film starring Arnold Schwarzenegger has reached cult status and more often than not reboots of these films only serve to sully the legacy of the originals.

The new Conan the Barbarian is a perfect example of this. The film tries to present the story of the original film with all the glitz and glamour that modern technology allows, but in doing so the film loses that kitsch factor that the earlier film had in spades. Sure, the original film is cheesy as hell, but that is part of the charm and allure of these early fantasy films. The recent remake of Clash of the Titans is another film that trashes the original one with an unnecessary facelift. Given that Conan the Barbarian was released a whole year after Clash of the Titans, one has to wonder what Hollywood was thinking. Oh, that's right: money. The Clash of the Titans made over $160 million at the box office. Conan the Barbarian only managed to make a meager $24 million, which at least should guarantee that they don't make any more Conan films. With Jason Momoa's star on the rise and the upcoming release of his film Justice League, I can understand the desire to release this film on 4K UHD. What I can't understand is why Lionsgate felt it was necessary to also bring out The Legend of Hercules on this new format. While Kellan Lutz apparently made his name in the Twilight films (I wouldn't know about that), he is a much less bankable star than Jason Momoa. Not only that, but The Legend of Hercules wasn't even the only Hercules film to come out in 2014. A few months after its release, Dwayne Johnson brought his own take on Hercules to the theaters and, comparatively, it blew the earlier film out of the water. I had seen that version and now I can confidently say that The Rock's version was by far the superior film. As I mentioned earlier, both of these films look and sound better than they have ever on home entertainment. The Dolby Atmos audio track is both rich and complex for both films and it really does help to make the experience a little bit more enjoyable. As for the bonus features, both films simply regurgitate the offerings of the previously available Blu-ray, so there's not much of a hook to incentivize you to upconvert your existing copy. Conan the Barbarian and The Legend of Hercules are both currently available on 4K UHD Blu-ray. 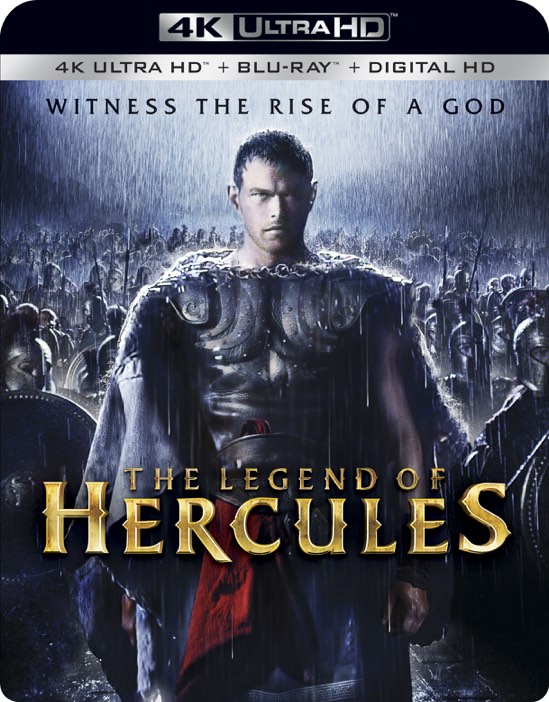 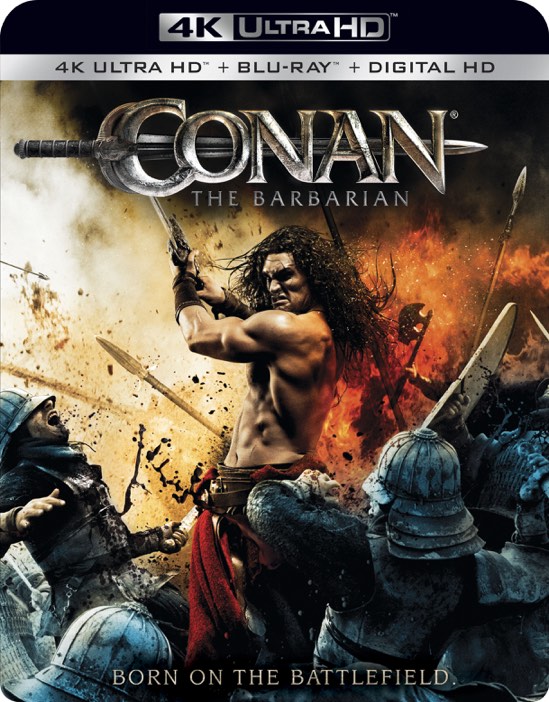