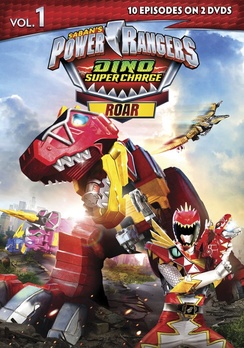 A funny thing happened recently when our entire family went to the theater to see the new animated film Sing. While I was sure that they would enjoy the wonderful film, I was curious as to which of the previews they would glom to.

Predictably, my son loved the trailer for The LEGO Batman Movie and my daughter laughed hysterically at the preview for Despicable Me 3. What caught both my wife and me by surprise though was the level of excitement they displayed for the trailer for Power Rangers.

Don't get me wrong, I knew that my daughter had become a fan over the last year or so, but I didn't really care for the trailer and thought that both of the kids also would have been unimpressed, but the loved it. They demanded to know when we would be able to go and see it and suddenly, somehow, Power Rangers wormed its way onto our must-see list for 2017.

This little anecdote speaks volumes to the drawing power of the Power Rangers brand. And believe me, it is a brand that stretches back to my college years and it seems that it's only getting bigger with each successive generation that discovers it.

Take this week's Power Rangers Dino Super Charge: Roar, Volume 1, for example. My son is in a full-on dinosaur kick and the addition of dinosaurs (no matter how improbable of a concept) to the Power Rangers helped to spike his interest in the show.

While it might seem like a little thing, this one change helped to capture yet another small portion of the audience that it might not have otherwise reached. And once they get their hooks into you, the Power Rangers refuse to let go. My son has never looked back and now both of my children are eagerly looking forward to the upcoming Power Rangers film.

The Dino storyline is up to two seasons and we previously reviewed the first season. This second season is predictably called Dino Super Charge and this week's release is Volume One of Season Two. The 2-Disc DVD collection contains 10 episodes.

After having to watch a bunch of Power Rangers episodes over the course of the last couple of years, one thing stood out to me in this offering. It seems that they are making a concerted effort to address issues that face young people more than simply being an excuse to get the admittedly corny action sequences.

For instance, in "Besties 4EVa!" they tackle the idea of taking credit for someone else's success. This is a depth that is pretty much lacking in many of the previous incarnations of the Power Rangers.

Of course, that is the beauty of the franchise. Just like Doctor Who, they simply cast new rangers every so often to keep the cast fresh and to help them adapt to the changing world around them. While this collection is lacking any real special feaures, I did find the one outtake video on their YouTube channel (below). I can only imagine that they are holding back all of the extras for the upcoming complete Dino Super Charge collection.

If you have kids that are looking for a safe action-based entertainment option, you could do a lot worse than the Power Rangers. The best thing is that they are set up so that anyone can basically jump on board at any point, so it makes for near perfect entertainment for the brief attention spans of most kids.