July the 4th: The return of Darth Vader 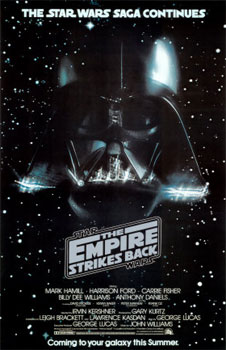 While the rest of the country is out celebrating our independence, we've got you covered with everything that has happened in the world of Star Wars over the last month. Of course, considering the holiday, we couldn't help but indulge in a bit of inquiry over whether the have an equivalent holiday in the Star Wars universe.

I would think that if there's any day that would be close it would Endor Day, the day that the rebels blew up the second death star at the end of Return of the Jedi. Obviously, it's a momentous day that celebrates the liberation of the galaxy from the evil clutches of the Emperor and, heck, they even celebrated with fireworks.

What do you think?

And yes, James Earl Jones is returning to provide his iconic voice to the character.

So yeah, it's been a quiet month, but with Comic Con and Star Wars Celebration coming up in the next few weeks, we should have plenty to talk about in August.