Exclusive Clip: Passion ignites and gets 'Lost in the White City' 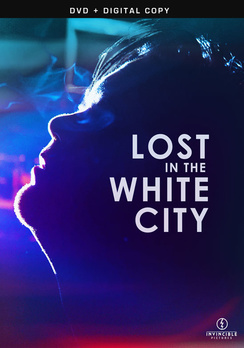 Relationships are tricky. I am a 41-year-old man that has been married three times, so I'm the last person qualified to give relationship advice. Thankfully, we have movies to give us the best, unsolicited advice we could ever ask for.

The film centers on a young couple Eva and Kyle who experience the ups and downs of their relationship over the course of one Summer in Tel Aviv. The hostile and unpredictable city provides the perfect backdrop to the volatile swings between the two lovers. When a friend introduces the couple to a young Israeli soldier named Avi, the lines become blurred even further.

The reason that Lost in the White City works so well as a powerful allegory for young love in this complicated time is the impressive performances turned in by leads, Thomas Dekker and Haley Bennett. I have been a fan of Dekker's for years and really enjoyed his role on the short-lived TV series Backstrom.

Haley Bennett is a bit more of a fresh-faced star, but she is poised to have a breakout year with a lead role in the highly anticipated The Girl on the Train. Her performance in Lost in the White City cements it in my mind that she is the perfect casting choice for Megan Hipwell.

In this exclusive clip, Haley Bennett is featured as her friend Shayne first introduces her to Avi, setting the film's events into motion. Lost in the White City is currently available on DVD and exclusively via digital delivery on FlixFling