Best movies of 2016 that you don't know about yet: John's list 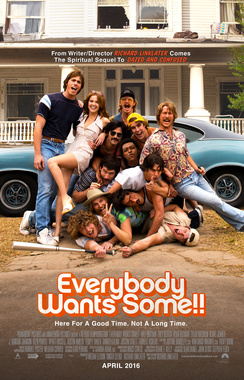 My favorite week of the year continues with the first in our series of three stories geared to highlight those films that might have slipped through your collective cracks. These films might not receive the acclaim and notoriety of the films on our top box office films of 2016 list, but they are quality films to be sure.

These are our sleepers.

Our annual sleeper lists have garnered quite the following and it always thrills me when I'm able to shed light on films that eventually pan out, like Trainwreck and The Visit. Of course, more often than not, our sleeper picks don't pan out or get pushed into the following year.

This was especially true for my 2015 sleeper list which saw a total of four films get nudged into 2016. It's funny but I'm so predictable. I forgot to check my 2015 list before we did our draft last week and I actually picked two of the films that I had featured earlier. I threw one back, but I'm keeping one here because, well, I love Kevin Smith and it's almost tradition at this point that I include one of his films on my list.

Looking at my list, I think I did a good job of selecting what I like to refer to as true sleepers that probably won't make a ton of money at the box office, but should be great films and those that should make some noise at the box office. Whichever the case may be, these are the films that I think many of you will enjoy in 2016.

Billed as the "spiritual sequel" to Dazed and Confused, Richard Linklater returns with what he hopes will the quintessential '80s film. No, none of the stars from Dazed and Confused are returning, but you can see where the comparison comes from.

Why it might fail: Linklater spent more than a decade bringing life to the dramatic tale Boyhood, so will his audience be supportive of a return to juvenile comedy? Returning to the well to mine a classic has mixed results at best. I'm optimistic, but the potential for failure is there.

This is the one that is holdover from 2015. It got pushed back mainly so it could debut this week at Sundance. It still doesn't have a date on the calendar or a trailer, but that should change in the coming weeks. Here's a new image and poster. The original write up from last year is below. 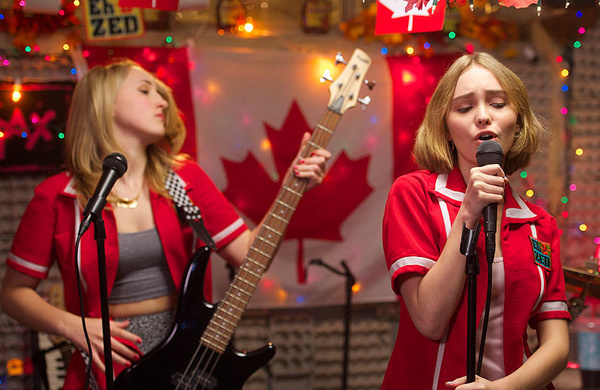 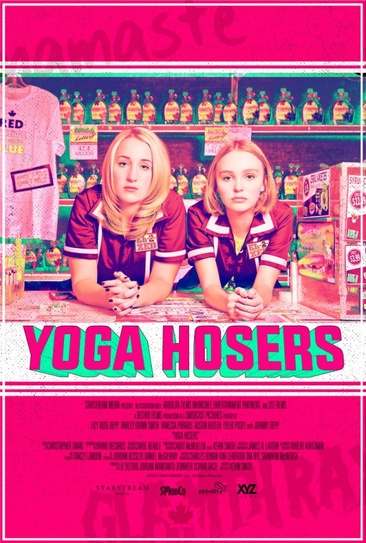 Death, taxes and a film by Kevin Smith showing up on my sleeper list are about the only guaranteed absolutes that you will find in this world. A spin-off from last year's sleeper list alum Tusk, this film follows the adorable Colleens from Eh-2-Zed who have to battle supernatural forces that are keeping the teens from a school dance one yoga pose at a time. 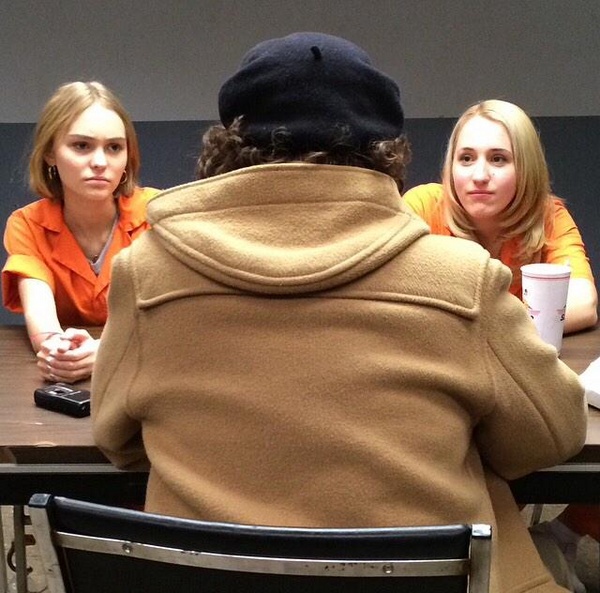 Those two teens are Kevin's daughter Harley Quinn Smith and Johnny Depp's daughter Lily-Rose Melody Depp. Oh, and Depp's Guy LaPointe is back in action on the case as you can see above.

Why it might fail: There are days when I think I'm the only Kevin Smith fan left in the world. But I know that's not true. It's a small-budget film with supernatural beings, so there might be a bit of pushback if the special effects are cringeworthy. Speaking of cringeworthy, there's no real evidence if the famous progeny can act let alone carry an entire film by themselves.

If you can't tell yet, you will soon, but I loaded up on Sundance films this year. It seems that year after year, my favorite films debut at Sundance and last year was no different. I only wish that I had chosen Me and Earl and the Dying Girl as a sleeper. The Lobster is a bizarre film that reminds me in a way of Being John Malkovich. Yes, it's that bizarre with a cast of A-listers to match in Colin Farrell and John C. Reilly among others.

Why it might fail: Bizarre does not always equate to success and there's a really good chance that this film is too bizarre. If the buzz out of Sundance is terrible, then this film will most likely fail to ignite much passion at the box office.

Another potential firecracker out of Sundance is this film from Matt Johnson. He's a relative unknown, but he did do that film "The Dirties" back a few years, so he's not completely green. Believe it or not, this isn't the only film coming out this year about a potential moon landing hoax. While Moonwalkers took the comedic edge, this one is more of a thriller and I'm fully on board. 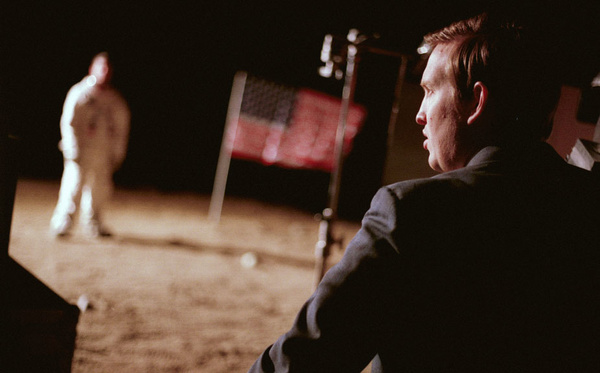 Why it might fail: It's an ambitious story from a little known filmmaker, so it might just not work. Or, it could be the smash hit of Sundance. I'm hoping for the latter.

There was a moment there where Seth Rogen and James Franco could do no wrong. And then, The Interview happened. But before that film became the incredible mess for Sony, they actually greenlit an R-rated animated film from these guys. I have to say that I'm interested.

Why it might fail: The Interview proved that these two are no longer the sure-fire draws that they once were. Also, is the world ready for an R-rated animated film to be huge? Also, coming out a week after Suicide Squad is a bit of a bummer as well.

Why am I including this film? Ben Affleck, Anna Kendrick, Jon Bernthal, J.K. Simmons. That's an amazing lineup of talent. The film is directed by Gavin O'Connor who oversaw Warrior and Jane Got a Gun and this might be his best film yet.

Why it might fail: The film is about a forensic accountant *yawn*... Have I bored you yet? Yeah, it's got a great cast, but it might not catch on with a big audience.

The Girl on the Train

Based on the best-selling book of the same name, The Girl on the Train is a star-making vehicle for Emily Blunt, as if she wasn't already a household name. And yet, most people aren't as familiar with her work as they should be.

I loved this book and I was super excited when I heard that Blunt would be playing Rachel. She's going to be perfect in the role as the first two shots from Entertainment Weekly below show. 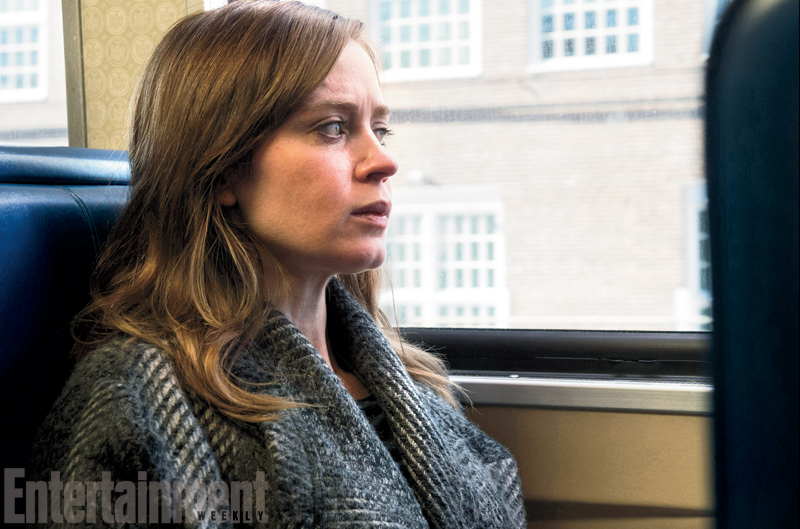 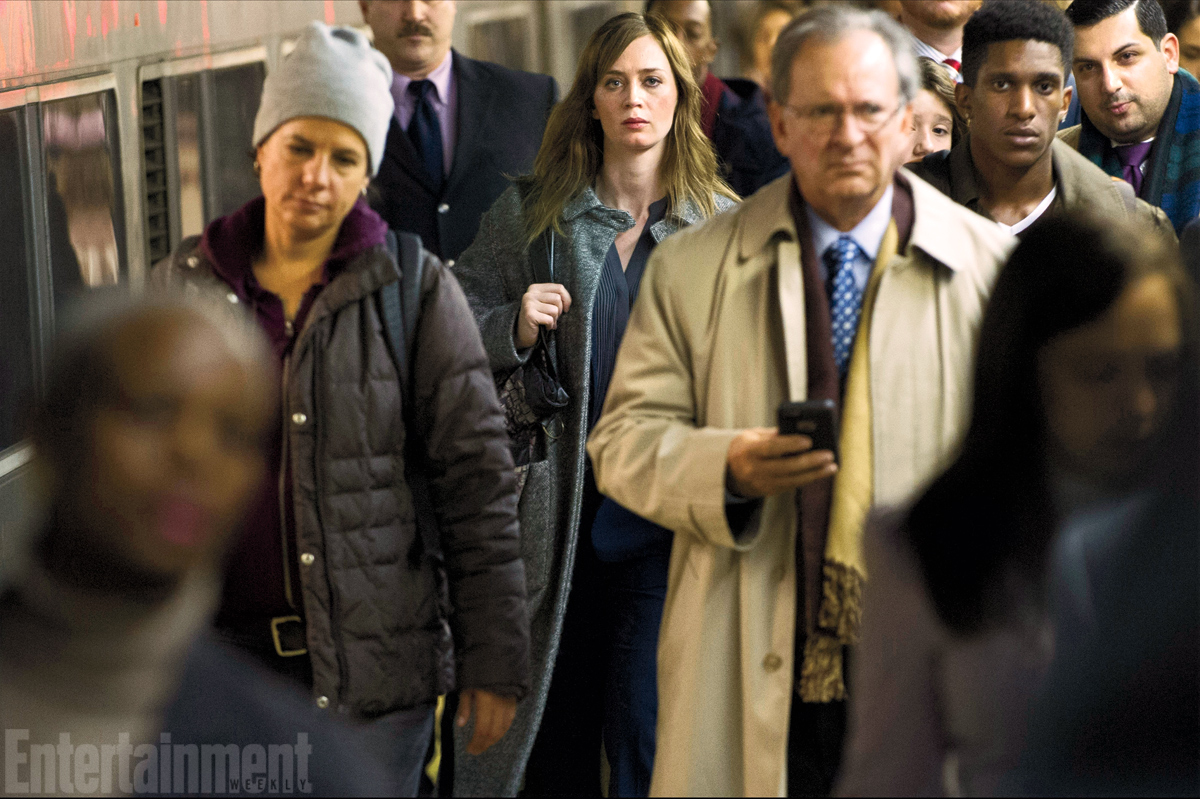 Why it might fail: It's a dark book that will mostly find an audience with women, so will there be enough cross-over appeal to be a success. I always think a good story will find its audience. Also, as you can see above, October 7 is a busy date for heavy dramas, so I wouldn't be surprised if one of these films is pushed up or back.

I know what you're thinking. Vin Diesel? Really? I know, I know, but hear me out. The film is directed by Ang Lee and features the Dallas Cowboys cheerleaders. I have your attention now, don't I?

It's sort of an anti-war film based on recent fighting in Iraq and if it works, it should hit a delicate nerve at an opportune time. If not...

Why it might fail: A war movie in an election year, scheduled to come out the Friday right after the vote, what could go wrong? Oh yeah, everything. It's a risky play for sure, but I think Ang Lee is up for the challenge.

You want to talk about risky, how about a science fiction film that centers around the mysteries of The Great Wall of China. Yeah, this could go sideways in a hurry.

I do like that Matt Damon is the lead, but other than he and Willem Dafoe, the cast is mostly unknown Asian actors. It does help that it was directed by Zhang Yimou, you know the guy behind House of the Flying Daggers.

This is a huge risk, but I also think there's a tremendous amount of upside. Who isn't intrigue about The Great Wall of China? Beam me up.

Why it might fail: There are so many reasons, not the least being that it might fail to find an audience with Westerners. I, for one, think it will do just fine, but this one is quite the risk.

Four words: Chris Pratt and Jennifer Lawrence. Oh, did I mention that it's a film that takes place in outer space?

Arguably two of the hottest stars in Hollywood today are teaming up for a Sci-Fi romp that is sure to be all the buzz come December. The gist that Pratt's character is prematurely brought out of cryogenic sleep on a deep space mission and the rest of his crew still has 90 years left on their long sleep.

Naturally, he gets lonely and is scared to die alone so he thaws out J Law's character and sparks fly. Tell me you wouldn't want to see that film.

Why it might fail: Well, it's a film that will most likely end with the two stars dying in sort of miserable fashion all alone. And what happens if the hottest couple in Hollywood has no on-screen chemistry? I know, that's probably not going to be an issue, but it could. Oh yeah, a little film called Star Wars: Rogue One will also be in theaters then and we all know what The Force Awakens did to films this year.