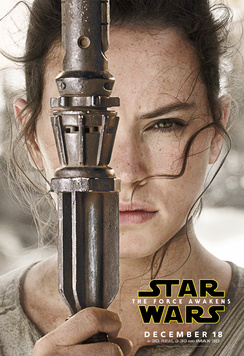 I would like to take this moment to thank you, my dear readers. It is fitting that this is the week of giving thanks because I couldn't be more thankful than I am this morning for you.

Oh, I know. I bet you're sitting there thinking this is going to the usual annual refrain about how we are grateful for what we do and that we couldn't do it without you. We are and we couldn't, but that's not the reason that I'm grateful today.

No, today I'm thankful that you have finally spoken with your almighty dollar.

We are living in a world where Hollywood has unnecessarily watered down its franchise in the elusive chase for another buck. The reality we live in is that a three book series is no long enough to satiate the greed of the studios. No, every concluding chapter must be chopped in two so that a studio can continue to make money by whipping the proverbial dead horse, sort of like what I'm doing now.

But no more. You have spoken and the bucks stop here. OK, well, they did stop just over $100 million, but baby steps.

We are less than a month away from The Force Awakens (technically 25 days, but who is counting?) and should we be worried about the fragility of the box office? Or are we simply catching our collective breath while we wait to gorge ourselves on the feast that will be The Force Awakens?

As they like to say, only time will tell.

What do you call a film that earns over $100 million in its opening weekend and yet feels like a complete failure? The Hunger Games: Mockingjay Part 2. To call it a failure would be rash, sort of like when billionaires complain about the cost of gas or coffee, and yet it seems weird to call it a success.

The final The Hunger Games film earned $101 million this weekend which was by far the weakest opening of any of the four films in the franchise, but it was only the fifth film this year to open with more than $100 million in its opening weekend. The Hunger Games: Mockingjay Part 1 already made enough money to cover the production costs of the final two films, so any money that Part 2 earns is gravy. But is Lionsgate happy with this weekend's numbers? More importantly, should they be happy?

It's becoming increasingly clear that the practice of slicing up books into two films is one that is trying the patience of filmgoers. Usually, it's the Part 1 that takes a hit and that was certainly the case with The Hunger Games when The Hunger Games: Mockingjay Part 1 set new low marks in the franchise at the box office. The film was just not that good as a stand-alone film. The last book is heavily backloaded which made the first film rather anticlimactic.

Much like Harry Potter and Twlight before it, I expected a nice bounce back for the final chapter of The Hunger Games. The story is strong and emotional as my wife and her copious amount of tears last night can attest to, but the business is down and not just down by a little bit.

The Hunger Games: Mockingjay Part 1 made $20 million more than this weekend's entry in its first weekend of release. That film went on to make $337 million and I figured the last film would make close to the $400 million that is the high-water mark of the franchise, but it's looking like Part 2 will end up in the $275 million range.

Again, that is a great total, but in the context of a strong 2015 and the franchise's existing penchant for making big bucks, it's at least a little disappointing.

With The Hunger Games: Mockingjay Part 2 taking most of the money this weekend, there wasn't a whole lot of other business to go around, but a few newcomers performed admirably. The Night Before officially kicked off the last month before Christmas period with a cool $10 million opening. The film should end its run with $30 million which is much better than Sony's last Seth Rogen entry, the disastrous The Interview.

The remake Secret in Their Eyes earned a respectable $6.6 million in its opening frame. A remake of the 2009 Argentinian film The Secret in Their Eyes, the newest version overcame overwhelming negative reviews to post a decent number, all things considered. Although with such star talent as Julia Roberts and Nicole Kidman, I'm sure the studio was hoping for a few more dollars. The film should finish in the neighborhood of $25 million.

First up, Harrison Ford is a pretty good guy. He surprised some fans during skype calls and the results were hilarious.

Abrams officially finished the final mix of Force Awakens at 2am this morning. Movie is done folks!

You could say that Smith is excited about the announcement.

I'm going to make him a mixer he can't refuse.