Happy Life Day: How big will 'Star Wars: The Force Awakens' be? 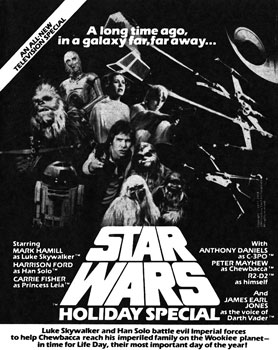 On this day in 1978, CBS aired The Star Wars Holiday Special for the first and only time. Since then Nov. 17 has unofficially marked Life Day, the Wookiee holiday celebrated in the TV show. It's merely a way for fans to celebrate Star Wars while simultaneously poking fun at the worst episode in the Star Wars universe.

This year marks a very special Life Day. We are just one month from the release of Star Wars: The Force Awakens. Technically the film opens on Dec. 18 but U.S. screenings start on the 17th. (Heck, in parts of Europe you can see the movie as early as the 16th.)

As Life Day is analog for Christmas, I'll borrow another to mark this period. It's like "'Twas the Night Before Christmas." Star Wars merchandise lines shelves of most every retailer -- much like stockings hung by the chimney with care. Fans are dormant as we all eagerly anticipate St. Abrams' arrival. Not that the diehards are sleepy. It's just that we're trying to avoid all the spoilers. I have already learned too much of the story. I don't want to see any more rumors or trailers. 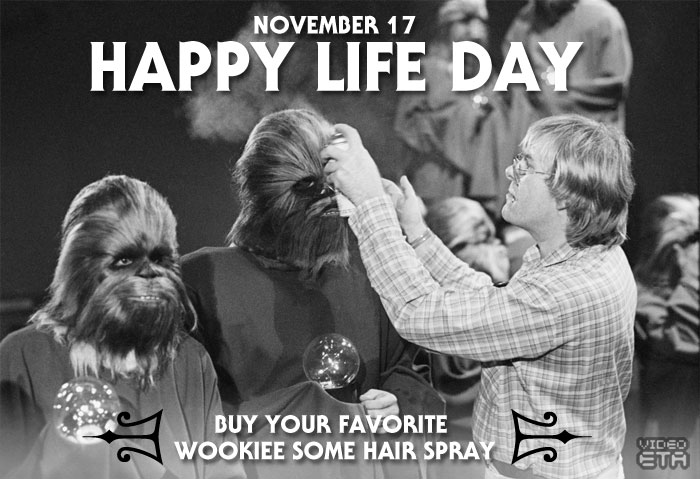 I know my cohort John feels much the same. We've long discussed plot points and endured some crazy-ass theories. (Jar Jar is the true mastermind of the franchise and will appear in Force Awakens, really?!) It's time to stop all that speculation and just wait it out.

It could be the longest 30 days ever.

Our last bit of contention is the movie's business prospects. How will The Force Awakens do at the box office? Everyone knows it will be a hit. Jurassic World's summer total of $652 million should quickly fall by the wayside. The only other films ahead of it are Titanic ($659 million) and Avatar ($761 million). How high will the new Star Wars go?

To have a little fun with it, John and I have made a wager. We have set a bar of $800 million and a deadline of George Lucas' 72nd birthday. John chose the OVER, predicting the new movie will make at least $800 million by May 14, 2016. I'm a little more conservative in my view. I've taken the UNDER, guessing it won't make that amount, domestically, by that date.

The prize is a Blu-ray movie of the other person's choice. It could even be The Force Awakens disc itself. (I anticipate we'll get the new Star Wars Blu-ray/DVD in April. We'll update the website as soon as we get a better idea from Disney themselves.)

My rationale for taking the under is pretty simple. I don't think theaters can squeeze that much business out of the movie. Yes, most early showings are already sold out. Yes, repeat business will rival Titanic. Theater owners will also have other films they'll be committed to. Especially over Christmas when at least five films are expected to open wide.

Jurassic World made nearly $209 million in its first weekend. If The Force Awakens is to break $800 million, it'll need to have a $300 million opening, I suspect. Films just aren't built for long releases these days. It's get in and get out.

John is out of the office today. I'll have him make his case in an add-on to this story. I know it's not just a gut feeling for him. He'll have some evidence to back up his bet.

I'm back and here's why The Force Awakens will blow right past $800 million en route to becoming the highest grossing film of all time. First, it is a Star Wars film and even the really bad ones (I'm looking at you Phantom Menace) are box office behemoths. Five of the six films have grossed over $300 million and all six are in the top 65 box office earners of all time.

Second, unlike the disappointing sequels, these films will actually feature the cast from the original trilogy which not only maximizes the new generation that grew up on the prequels (sorry), but also those of us who were alive when even the original Star Wars film was released. Further, we now have kids of our own, so we are incredibly excited to pass the Star Wars baton on to our children and experience it with them.

Third, this film has the J.J. Abrams touch which, let's face it, is as akin to Midas' golden touch as anyone in Hollywood these days. It is not a coincidence that the two highest grossing Star Trek films also happen to be the two that he directed.

Finally, yes, we do live in a "get in and get out" world now, but Tim is underestimating what I call the "January/February Effect." If you look back at the last two year, there is plenty of room for films to simply dominate the box office for unexpected loot (2015 - American Sniper, 2014 - The Lego Movie). Which film is going to knock The Force Awakens out of the top spot? The release schedule in January and February is weak. It's possible that The Force Awakens will still be #1 when Deadpool comes out on February 12, 2016. That's eight weeks of box office dominance and plenty of time to bank a good portion of that $800 million. - John

What do you think? Do you have a guess for The Force Awakens' box office tally? Are you even planning to see the film in theaters?

To bide your time for the next 30 days, I humbly offer this complete video of the infamous Star Wars Holiday Special. Let's see if you can make it through all 90 minutes before poking out your eyes.