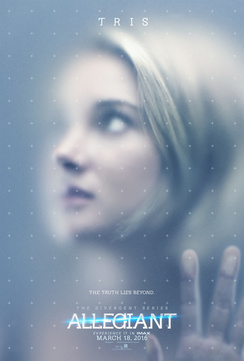 It's funny, I've read all of the books in the Divergent series, but these trailers could be for a whole other series of books by the look of them. The films started diverging (oh yes I did) from the source material pretty early on and only continued on their own path with this year's Insurgent.

From the first look at Allegiant (which is no longer the last story in the franchise), it is pretty apparent that nothing has changed. Sure, the characters are there and the basic story elements are there, but it seems like they infused the story with a whole other story arc from a different series of books.

That being said, the end result so far has been enjoyable and this first trailer paints a better picture of Allegiant than the trailers did for Insurgent. I only hope that by the time they get to Ascendant (yes, that is now the concluding chapter) they swerve back and keep the original ending of the series intact. It is controversial to be sure, but I felt that it properly served the story and was a fitting way to conclude the series.