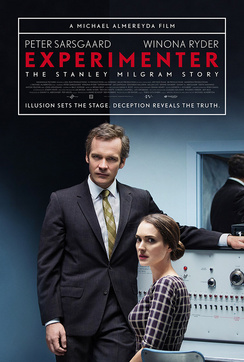 Some weeks are more exciting than others. This week was not one of those weeks.

It seems that the heat of summer has finally caught up with us and it's beginning to show, both at theaters and at home. While technically not yet August, it might as well have been the most boring month of the year.

Seriously, is there any other month more boring that August? It's in the wind-down of summer, but it's too hot and humid to actually want to get out in the roiling soup that is muggy August. From a geek perspective, it's post-San Diego Comic Con and most of the summer blockbusters have already unspooled much earlier in the year.

Last year, we sort of had an August reprieve with the unexpected smash hit that was Guardians of the Galaxy. It gave us a great month in an otherwise wasteland of cinematic drivel and Fox is hoping that lightning strikes twice this year with their latest Fantastic Four offering.

With bated breath, we wait. Until then, let's mix, shall we?

As last week waned on, it became clearer that Pixels was going to bomb, but the question was just how bad was it going to be. The answer was one of Adam Sandler's worst openings ever. The $24 million opening was so low that it couldn't even beat the second weekend from Marvel's weakest earner of all time.

On the one hand, it is about $10 million more than last year's turd biscuit Blended, but on the other hand it's no where near the $40 million that he used to bring in for like a decade. At this point, Pixels will have a tough time getting to $75 million.

Ant-Man did hold on to the #1 spot at the box office by the slimmest of margins. The Marvel film brought in $24.7 million in its second outing and passed $100 million in in 10 days of release. The real question is whether it can surpass $200 million and join most of its MCU brethren. Ultimately, I think it will fall short in the $175 million range.

If there wasn't a runaway hit this weekend, the box office made up for it with a lot of parity as Minions was the third film to top $20 million. The spinoff has now topped $250 million and looks to be a lock to surpass $300 million. Newcomer Southpaw exceeded expectations with $16.5 million while teen drama Paper Towns failed to live up to author John Green's expectations following last year's sleeper hit The Fault in Our Stars. Paper Towns brought in $12.5 million and looks to fizzle out before it makes $50 million while Southpaw should make about $60 million, positioning Jake Gyllenhaal in the prime seat for this year's Best Actor Oscar.

The biggest news of the weekend though was the continued success of Jurassic World. The film officially surpassed $624 million and sailed into third place all-time in domestic box office, passing The Avengers. I think Titanic is safe in second place with its $658 million take. Jurassic World should mop up another $10 million or so and end its run around $635 million.

And finally, perhaps the most telling shot. Sputnik is the shooting covert name the film is going by, so this could totally be a call sheet from Captain America: Civil War.

You can see the whole feed here

We don't need no stinkin' Mixers.