Monday Mixer: Sony and Marvel get their 'Spider-Man' 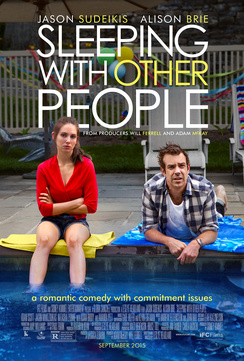 So, good news, this weekend there was no more assaults from mother nature. The bad news is that Comcast and I remain the most ardent of enemies.

I really wish sometimes that I lived in a more metropolitan setting where a true competitor to Comcast's monopoly on fast, reliable broadband access could alleviate all of my troubles, but alas, that's one of the tradeoffs for a serene "country" living. And really, I'm OK with that until I start to have issues with my Internet connection. The positives of living off the beaten path so to speak far outweigh the negatives, but there's just about the bile that comes up in my throat when I see the message about not being able to connect to the Internet.

It's one thing if the company were better at customer service and shows any bit of compassion, but it's often quite the opposite. I'll simply compare my experience with DirecTV this week who was out to fix those fried DVRs from last week. They were in and out in under an hour with all new equipment and everything was replaced with the latest technology and the technician was nice and personable.

Sure, I lost a ton of recorded content that we were saving for the Summer to catch up and I could have been mad about losing that, but somehow I was just happy to be back in service. By contrast, my experience with Comcast couldn't have been any more different. The technician arrives within his two hour window (a miracle), but gets off on the wrong foot when he tells me that he was sent out to activate a new service.

Now, this is from Comcast, whom I called a whole week earlier and explained the situation in detail and this was the quickest they could get someone out to me. This is the same Comcast who should easily be able to see that I've been a customer at my current address for over a year. And yet, they couldn't be bothered to see that I was an existing customer.

The technician then proceeds not to win himself any favors by telling me that he's new and not really up to speed with everything. Oh no, this is going to be a long afternoon. And it was. I took it upon myself to replace the fried Comcast router, but when I plugged the new one in, it couldn't connect to Comcast. I figured that something probably got fried in the wires or splitters and whatnot along the way from the box.

With this in mind, I told the guy from the start that I have a bunch of other jacks in the house not being used for either DirecTV or Comcast and I couldn't care less where the router is. It became his mission to get it working in the room it had been previously located in. Long story short and four hours later, he was unable to rectify the situation. At which time, I again suggested that we use one of the other jacks in another room. Thirty minutes later, I was set up with service in a different room and he was on his way out.

To further complete this contrast of customer service, DirecTV followed up with a phone survey asking for feedback on their tech visit while Comcast's only acknowledgement will almost assuredly be an inflated bill in a couple of weeks. Oh, did I mention that while the Comcast guy was there, the UPS guy delivered yet another modem from Comcast? Yep, that happened.

But enough about my issues, let's talk about happier things like dinosaurs and their unwillingness to become extinct for a second time.

Everyone was popping champagne corks this weekend, well everyone but Seth MacFarlane that is. Ted 2 was expecting a big weekend on par with the $50 million opening of the first film, but Seth's box office slump continued to the tune of $33 million.

Don't get me wrong, $33 million is nothing to sneeze at, but Universal was predicting $50 million and secretly hoping for closer to $60 million and an opening in first place. Instead, Ted 2 continued Seth's box office sluggishness that started with last year's disappointing A Million Ways to Die in the West.

Ted 2 opened up in third place and looks to finish up with about $125 which is a far cry short of the original's $219 million box office take. This weekend's holiday traffic could give it a nice bump, but even then $150 million is going to be a stretch.

Jurassic World continued its reign on the top of the box office with another $54.2 million this weekend. Its total is now a smidge over $500 and becomes the fastest film to surpass that mark in 17 days. The previous record was set by The Avengers at 23 days. Jurassic World is now the fifth highest grossing movie of all time and should pass The Dark Knight for fourth place this week.

Just how high can Jurassic World go? That's the question as it should blow past $600 million and top The Avengers, but can it catch Titanic at $658 million for second or Avatar's top number of $760? I think the film will find it hard to get to that $700 million number, but it should end up somewhere near $675 million in second place.

Inside Out played second fiddle to Jurassic World yet again, but closed the gap with $52.1 million. The Pixar film is doing great business and might even get that elusive top box office spot this weekend. It's still on pace to end up with over $300 million and third place all time for Pixar films.

The dog with PTSD film (no really, that's what it is) Max performed quite well to earn $12.2 million in fourth place. The uplifting film is on pace to end up with $40 million and will be considered a hit for the smaller film.

They also announced that relative newcomer Jon Watts will direct the new installment.

I never would have pegged Affleck to direct a comic book film before Kevin Smith, but this is the wacky world that we live in.

Do it! Do the Mixer shuffle!