Hollywood is broken and here are five ideas that could work 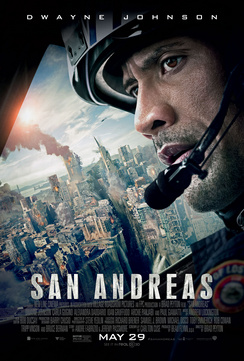 For many years, music and movies have gone together like, well, movies and popcorn, but the two industries aren't as alike as you might think at first glance. When the digital revolution destroyed the packaged media music industry with the launch of Napster at the turn of the millennium, experts claimed that it would only be a matter of time before the home entertainment film industry would follow suit.

Here's the thing about "experts," they are often wrong.

Fifteen years and two new physical formats later (DVD and Blu-ray), physical media continues to thrive despite what you might read from the so-called "experts." Once you take out video streaming subscriptions (Netflix et al.), true Electronic Sell-Through (EST) only accounted for $1.5 billion in sales in 2014, compared to $7 billion in DVD and Blu-ray sales.

In other words, in terms of true ownership, people still prefer physical media over digital ownership and that will continue to be true for the foreseeable future.

That's not to say that everything is hunky dory in the home entertainment industry, or the film industry proper, but the reports of its death have been greatly exaggerated. Yes, it's broken, but it can be fixed. Learning a few things from the mess that is the music industry would be a good place to start.

This week, Apple announced their streaming solution Apple Music with the goal of uniting a fractured music industry. Instead, many people, myself included, are simply left scratching our heads. The details are still a bit scant, so it's hard to get a real handle on it, but the general gist is that you pay Apple $10 a month and you can have unlimited access to streaming music, curated radio stations and whatever else Apple decides that you must have to be cool.

If it sounds familiar, it should. Apple Music is their attempt to compete with Spotify, the leader in streaming music. For those of you unfamiliar with streaming music, it basically did to digital downloading what digital downloading did to CD sales. Now, instead of having to buy songs or albums, you can pay a monthly fee (or suffer through ads for Spotify's free service) to get instant access to a staggering amount of music.

Is it complete? No, not quite, but Spotify does have a pretty exhaustive catalog of music. This list is just a sampling of big holes in their offerings. Famously, Taylor Swift and other high profile musicians are leaving Spotify. Some are banding together for their own attempts at streaming ala Tidal, while others are simply not playing the streaming game.

I wish I could say that the digital environment with films was better, but with Ultraviolet (UV), Disney Movies Anywhere, Vudu, Flixster, iTunes, etc., it's even more confusing than music. All of this confusion is being felt by the consumers and ultimately it's the confusion more than anything that will be the biggest stumbling block to digital adoption.

UV was supposed to be the industry-wide standard, but Disney balked and created their own offering Disney Movies Anywhere which compounded the confusion. I work in the industry and UV is confusing because you have to use a third party to redeem codes (i.e. Vudu or Flixster), but even then some of the studios won't let you redeem codes to their movies at certain retailers.

But it's not a lost cause for the film industry. As I mentioned above, film and music aren't as alike as people want to have you believe. Music is released for consumption once, while films are released first in theaters and then for home entertainment (usually). Also, people consume music and films differently. You don't skip around scenes in a movie, or simply choose to buy one scene. You consume films in their entirety (unless you fall asleep). The advent of digital offerings in music allowed consumers to choose whether to buy the whole album or just one or two songs.

This ideological difference is the primary reason why digital streaming makes sense for music, but not for movies. Take Netflix for example. They have a constantly changing inventory of around 7,500 films which might sound like a bunch, but it won't take long to see all of the huge holes in their offerings. That's not a knock on Netflix, but it's incredibly hard to have the type of inventory that would truly satisfy a consumer to where they could abandon physical media altogether. Sometimes, I just need to watch Slap Shot and I'm not going to take my chances that Netflix, or whatever future service, won't have it available.

That being said, having an exhaustive library of films only a button push away without buffering or bandwidth issues would be amazing and maybe we'll get there someday, but it won't be anytime soon. In the meantime, here are a few ideas that I have which could help Hollywood make the transition far smoother than it has been for music.

There's no better way to stimulate excitement for films again then by actually having people see movies. With the rate at which prices are skyrocketing out of control, it's becoming increasingly impossible for the average person to afford a movie ticket. At prices at or exceeding $10 per ticket, it puts a huge dent in how many films you can see and you start prioritizing which ones to watch in theaters. With fixed prices, more people will see more films and you recapture a bit of excitement that we felt in the mid 1980s.

A truly universal, simple digital solutionâ¦as in simple for the consumer.

I love the concept of digital copies, but the execution has been nothing short of a disaster. Remember the old adage KISS (Keep It Simple Stupid)? It applies here as consumer confusion is probably the biggest barrier to more widespread acceptance of UV. Also, all of the studios need to get on board and support one solution. Again, only if it's simple will it gain mass traction.

A comprehensive or curated streaming solution for catalog films.

Look, the reality is that we will never live in a world where any film ever made will be instantly available at the touch of a button. Don't get me wrong, that sounds awesome, but I'm also still waiting for flying cars and automatic dog walkers. Take a page from the current music streaming offerings and work with Netflix (or the like) to create specific curated lists or genre services. Creative types ala Kevin Smith and Quentin Tarantino have huge fan bases and they would absolutely love to subscribe to a feed of films that each of them have personally selected. Short of having a complete streaming experience, this curation would allow people to find films that they are most likely going to enjoy.

Physical media is not going to go away. Even in music, packaged media still accounts for a significant amount of business annually. Despite claims to the contrary, digital or streaming will never be able to approach the quality of Blu-rays or the forthcoming Ultra HD Blu-rays. Some films absolutely demand that higher resolution and sound quality. Also, despite the myths to the contrary, people still prefer to own physical goods instead of a bunch of 0s and 1s. Having flat rate pricing with a much shorter availability window will help capture the theatrical window more closely.

Each studio must do one Kickstarter per year. Take five finalists (think Project Greenlight) and have people put their money where their mouths are to support a film. The winner is then produced into a feature film. Only criteria is that it must be an original idea.

This wouldn't be like a traditional Kickstarter and the cost of support would only be the cost of one theatrical admission. This would not only give the studio an idea of what films would have a good audience when it's made, but it would also help them to raise some of the budget. The key will be for them to insist on original films as this will not only help foster creativity but it will insure that original films don't die a premature death.

These are just the tip of the iceberg and I realize that some of these are less realistically than others, but it's clear that something's broken in Hollywood. But it's not too late, they can and should learn from the music industry and create healthy solutions that will help this industry thrive for many years to come.