The 'Avengers' are all melancholy in new trailer 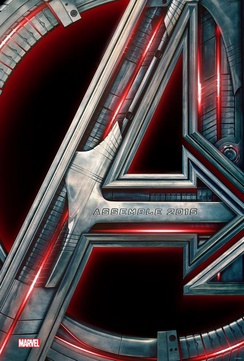 It seems that Marvel might be taking a page out of Star Wars' playbook. Everyone knows that Empire Strikes Back was the darkest film in the original trilogy which might explain why many people claim that it's also the best film in the entire series.

It's not that the Avengers film needs any help as it's been demonstrated over and over again that Marvel can currently do no wrong, but this might be a nice way of getting the audience prepared for more darker times. So far, the Marvel Cinematic Universe (MCU) has been rather cheery, especially when compared to Christopher Nolan's Batman series of films, but could the tide be turning.

With subtitles of future films having phrases such as Infinity War and Civil War in them, I think it's clear that a dark period is on the horizon for the MCU. What I am getting a bit tired of though is the constant bickering amongst the Avengers themselves. It's almost like their biggest adversary is themselves.

Somehow, I don't think this will be the case when Thanos makes a proper entrance to the Avengers world, but until then we are left with Avengers fighting each other. Now, don't get me wrong, it looks cool to see The Hulk fight Iron Man, but can't we just get along?

Enter the new trailer and it's more of the same. The one interesting part was around the 32 second mark where we see a new character that might signal the introduction of Wakanda and Black Panther to the MCU through his sister Shuri. It's hard to tell, but a good point to debate between now and May 1.

Overall, I wasn't too impressed with the new trailer. Give me some real meat or just let me stew until May. What do you think?