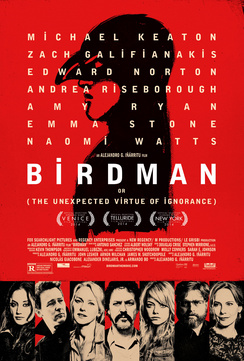 I woke up this morning and something odd happened. The Hollywood Foreign Press Association (HFPA) decided to announce their nominations for the 72nd Golden Globe Awards. Did I know this was coming? Did I miss a reminder somewhere?

I mean, I should have at least expected it was coming up, right? It's not like the Screen Actors Guild have announced their nominees yet or anything. Oh, what's that? They did?

If yesterday's appetizer was any indication, then Bird would be today's main course. As in Birdman, which led the SAG announcement with four nominations. The HFPA did not disappoint as Birdman was clearly the winner when all of the Golden Globe nominations were announced. The film led the way again with seven Golden Globe nominations, including Best Picture - Comedy or Musical and Best Actor - Comedy or Musical for Michael Keaton.

Interestingly, Richard Linklater's Boyhood is getting some well-deserved early awards love which tickles our fancies in a big bad way. The film was shot over a dozen years and follows a family as they age and grow over that time. We actually first reported on this film back in 2002 and I still can't believe that my math was that bad back then. Naturally, 2002 + 12 years = 2014 and with five Golden Globe nominations, it seems that Boyhood will continue to grow on voters right through the Oscars.

A fun awards season prop bet would be to track the wins by competing "nerd films" The Imitation Game and The Theory of Everything. Both films center on really intelligent people who changed our lives, but even I can't tell them apart half of the time. The Imitation Game, the story of Brit genius Alan Turing who helped to crack the Enigma Code during WWII, snagged five nominations while The Theory of Everything, the story of Brit genius (see, there's a pattern here) Stephen Hawking overcame adversity to literally write the book on astrophysics, scored four nominations of its own.

The best part is that they compete head-to-head in many categories. There's a part of me that really hopes that Eddie Redmayne and Benedict Cumberbatch duke it out for the Golden Globe for Best Actor - Drama. Hey, it's the Golden Globes, where the alcohol flows freely and anything can happen.

The nominations weren't without a bit of intrigue though. Films such as Interstellar, American Sniper and Unbroken which were considered serious awards contenders only managed to score one nomination between them (Best Original Score for Interstellar).

A lot can happen though between today and January 15, 2015 when the Oscar nominations are revealed. The Golden Globe Awards will air live on NBC on January 11, 2015. Oh, I should also mention that Greer Grammer has been tapped to be Miss Golden Globe 2015. This may seriously be Kelsey Grammer's greatest contribution to film. 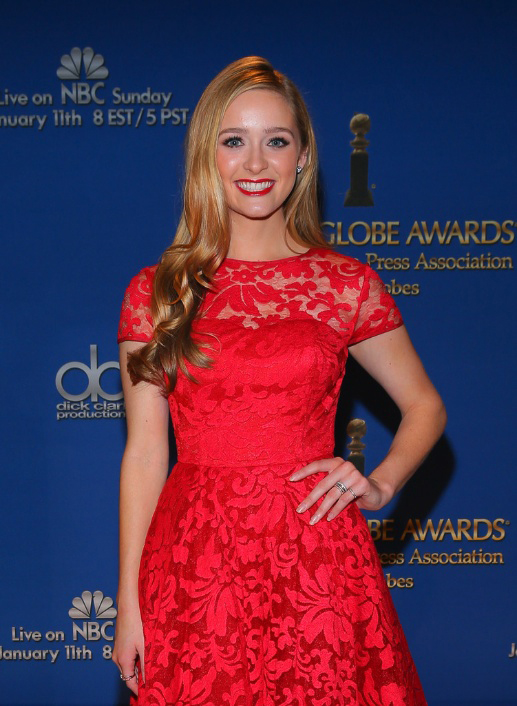 The full film and TV nominations are listed below.

Best Actress In A Motion Picture, Musical or Comedy

Best Actor in a Motion Picture, Musical or Comedy

Best Actress in a TV Series, Musical or Comedy

Best Actor in a TV Series, Musical or Comedy

Best Actress in a Mini-Series or TV Movie

Best Actor in a Mini-Series or TV Movie

Best Supporting Actress in a Series, Mini-Series or TV Movie

Best Supporting Actor in a Series, Mini-Series or TV Movie