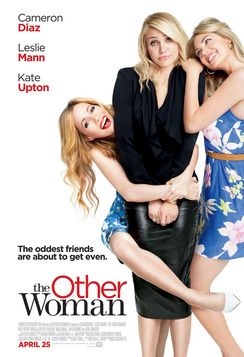 Ah, the sweet sound of sirens, that can only mean one thing.

It's tornado season down here in the mid-South (whatever the heck that is) and with it comes all of the nasty weather and storms that you come to expect from the Weather Channel each Spring. The good news is that, as far as I can tell, they have not called in Jim Cantore - yet. As long as Jim stays away we should be ok.

That man attracts more bad weather than a Kansas schoolmarm riding her bike with her doggy in the basket. But alas, through thunder and lightning and the threat of tornadoes, the MMM must go on and so I shall persevere. As long as the power doesn't go out too.

Speaking of massive fronts moving through, there's a new king at the box office, or should I say three queens? To find out, get comfy and grab a cup of coffee and read today's MMM.

What's the old saying? "Hell hath no fury like a woman scorned for Sega"? Yeah, that's it. Well, that's the old saying in Mallrats and that's good enough for me. This weekend, the buxom blondes (are we counting Leslie Mann as a blonde? I mean she's close I sometimes) enacted their revenge on a cheating heart and grabbed the top spot at the box office to boot.

I guess the testosterone levels were getting too high as The Other Woman cooled Captain America's jets to the tune of $24.7 million. While the Captain could only muster $16 million in his fourth weekend of release. Still, The Winter Soldier has crossed the $225 million threshold and looks likely to end up just north of $250 million, which would be another stellar performance for Marvel.

As for The Other Woman, the strong start will most likely be its best shot as The Amazing Spider-Man 2 looks to give the Summer movie season a jumpstart next weekend. That being said, there should be enough counter-programming juice left to vault it up to a total haul in the $75 million range which would be a huge coup for this little film that could.

Other non-starters/opening films included Brick Mansions ($9.6 million, 5th place), starring the deceased Paul Walker, and The Quiet Ones ($4 million, 7th place). Both of these films will quickly dry up struggling to get to $30 million and $20 million, respectively. The only thing that saddens me a bit about these films is that the uncharacteristically low opening for the horror flick The Quiet Ones means that it will take a bit longer for Olivia Cooke's star to shine.

It's time to get a bit frosty now. Frozen has done it! The Disney film finally squeaked over the $400 million mark becoming the 15th film to do so in its initial release. To give the occasion some appropriate weight and respect, it took Frozen 155 days to reach $400 million, while it only took The Avengers 14 days.

As for that little bet between Tim and I, it might be time to throw in the towel as Divergent is still under $140 million and has fallen to 9th place at the box office. I just don't think it has another $20 million in it before it falls out of the top 10. This will most certainly be the most begrudging dollar bill that I've ever given up.

Well that's it, until next week, Mix Well!