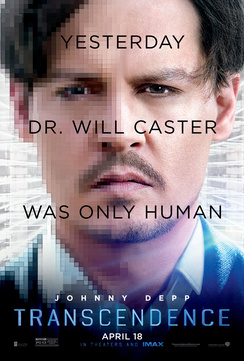 Did you all get what you wanted from the Easter bunny? No?

Well, sorry to continue your disappointment, but it seems that I'm in cahoots with Peter Cottontail this morning. Now if that's not a strong buildup to a great MMM, then I don't know what is.

It's just that with the holiday this weekend, things are a bit slower than normal here in the big MMM offices. This lethargy wouldn't impact a true professional, but who am I kidding? I have two kids under three and the house is on the market, which means that it has to be spotless and staged each and every time we leave the house.

So yeah, what was once our fun family downtime, has turned into, oh no don't mess up the house so much that we won't be able to quick clean it in case that text comes bearing an urgent showing request. On a somewhat related note, is there anyone looking to relocate to the middle Tennessee area? You will be able to count Nicole Kidman and Kimberly Williams among your neighbors as well as countless country music stars whose names always escape me (I prefer the edgier garage punk scene myself).

No takers? Oh well, I suppose I should try and mix a little, eh?

Captain America: The Winter Soldier held onto first place for the third consecutive weekend with a decent $26.6 million. Again Rio 2 was right on its heels with $22.5 million, but has found it impossible to get over that hump. The Winter Soldier surpassed $200 million on Sunday and with this weekend's showing, the sequel has officially overcome Captain America: The First Avenger.

With the lack of competition this weekend, there's little standing between it and four-peat. Regardless, my guess of $230 million in total box office seems a bit foolish. The Winter Soldier will make it up to $250 million and finish a respectable run.

If there's a film that might challenge the top spot this weekend, that will be Rio 2 who hopes that the third time is the charm for the animated family film. It should surpass $100 million this weekend and with some decent legs, it should finish up with about $150 million in its coffers.

Faith-based film Heaven is for Real cashed in on the religious holiday weekend to the tune of $21.5 million. The true story film of a young boy who claims to visit Heaven during his near-death experience will see a pretty big drop-off next week, but a total close to $45-50 million would be a great success for the little film.

The real loser of the weekend was Transcendence and its paltry $11 million opening. To give you some perspective, here are some numbers from other recent Johnny Depp films: Dark Shadows - $29.7 million, The Lone Ranger - $29.2 million. Those two were considered failures for Depp, this one has to be an absolute bomb for the veteran actor and first-time director Wally Pfister.

The big-budget Sci-fi film will be lucky to end up with $50 million.

Frozen is like that little engine that could who is just barely moving towards that massive $400 million cliff. After finally seeing it this weekend (the combo pack happened to find its way into my daughter's Easter basket) no less than four times, I can understand the draw as it truly does harken back to the Disney classics of our youth. It's so close to the mark now, standing at $399.87 million.

At least one of my predictions will come true. Frozen will break $400 before the end of April.

I really don't know how I can top Olivia Wilde's side boob, so I won't even try. Until next week, Mix Well!