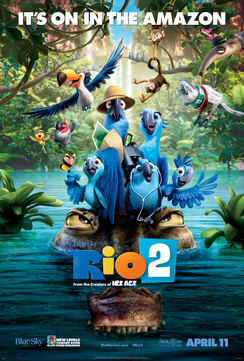 I've learned my lesson. Here I am in my friendly little text editor writing today's MMM. You just go ahead and try to freeze up or re-load on me now. Ha!

Speaking of re-loading, it's a good week to be a Marvel movie, but then again, isn't it always? The Captain played the underdog card to remain on top, despite only being the second best movie on Friday night.

Confused? Well, don't be. Sit back and read today's MMM and the answer will appear magically. Like in a Magic 8 Ball.

I should probably mention, you know for legal reasons and such, that I do not use a Magic 8 Ball to compose the MMM.

I should probably further mention that while the Magic 8 Ball is a great and fun toy, its use here wouldn't be professional. But that in no way should slander the amazing toy that is the Magic 8 Ball. Please don't sue.

Captain America: The Winter Soldier actually was in second place after the numbers came in on Friday night, but in true underdog fashion, he overcame the deficit and won the weekend by a couple of million dollars. The film took in $41 million in its sophomore frame which is better than recent Marvel sequels in terms losing a smaller percentage of business between week one and two, but you have to think that Marvel was hoping for more.

As it stands, The Winter Soldier will finish up its run in the $230 million range which is good, but I think the studio was hoping it would be over $159 by now and challenge for $300 million in total box office receipts.

The next three films in the top 10 list this weekend were all new entrants led by the animated family film Rio 2. The sequel netted a smooth $39 million, good enough for second place despite earning more than The Winter Soldier on Friday.

While I think that performance is pretty impressive, the first film earned just over $39 million in its opening frame. If business remains parallel with the first film, Rio 2 should pull in a nice total box office in the $140 million range. Again, this is good, but studios don't green light sequels to simply copy the first film's business.

In third place, the latest Blumhouse Productions film Oculus opened with $12 million. This puts the film on par with fellow Blumhouse film Insidious. Given that, the ultra-low budget Oculus looks to bank $50 million and plenty of profit.

The latest big screen sports film Draft Day opened with $9.8 million. Of course, that's more money than the Cleveland Browns, upon which the film is set around, have earned in several weekends of home football games. I kid, I think. That's a bit of a slow start for star Kevin Costner who many consider the king of sports films.

Personally, I don't think he's to blame here. Do you want to sit around for over a hundred minutes and watch the minutiae of the Cleveland Browns make a draft pick choice? No spoilers necessary, we know how this disaster is going to end; a losing record and no playoffs yet again.

Divergent is falling fast (it hit in fifth place this week) and I'm starting to sweat my BOO/U bet, despite promising news on the franchise (see below). Frozen is actually making a late surge. It now stands at $399.4 million in cumulative box office. I predict that it will surpass $400 by the end of the month. 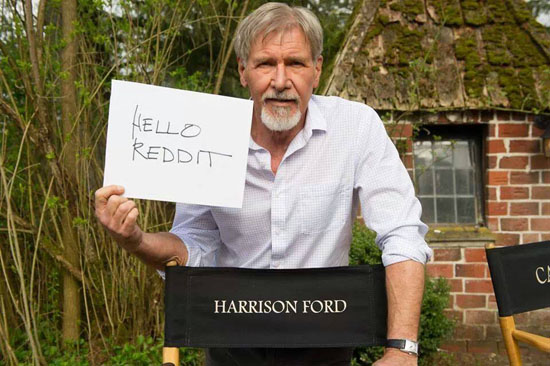 As much as I want this to be true, I hope it's not. I've got a bad feeling that Han Solo's grandpa goatee will become the Jar Jar Binks of the new Star Wars trilogy.

Until next week, remember to shave first, Han. Mix Well!