Why do we fight change? Let the canon go 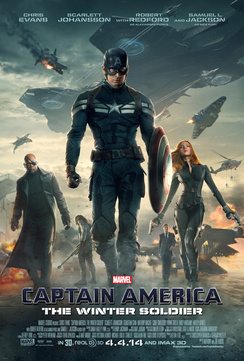 I recently wrote a piece for Geek Fantasy Magazine (which is a great magazine by the way and you should check it out if you haven't already) in which I talk about the problem of including complex love stories in comic book movies, especially how it relates to how they handle the love triangle between Peter Parker, Gwen Stacy and Mary Jane in the recent spate of Spider-Man films. I won't go into too much detail here (you really should read the magazine), but needless to say I was bummed that they decided against including the love triangle in The Amazing Spider-Man 2 when they moved MJ to the third film.

Given that it appears as though Gwen will meet her comics canon fate in The Amazing Spider-Man 2, the great love triangle from the comics will never materialize on film (at least in the foreseeable future). Before the reviews started to roll in, I thought to myself how cool it would be for director Marc Webb to completely change the canon and spare Gwen her fate. They could even borrow some beats from the successful What If #24 comic, but more importantly, that would give them the freedom to explore new material in the story on a new medium.

Of course, given the fierce protectiveness from fans of the comics canon, perhaps they made a wise decision to keep as close to the canon as possible. But why do we fear change so much?

Why are we tied to decades old story lines that are at best outdated or at worst repetitive to the point of being benign? At this point, I should probably point out that I'm going to get into some things from Captain America: The Winter Soldier and this week's episode of Agents of S.H.I.E.L.D. that might be considered spoiler material. I will be delicate and trust me it's getting to the point that it's impossible to avoid some of these major plot points and that's OK.

I haven't seen The Winter Soldier yet and to be honest, full disclosure, I haven't seen Captain America: The First Avenger either. I know that's bizarre, especially since I've seen all of the other Marvel films and I religiously watch their TV series each week. So, I'm sort of a good test subject as to whether the spoilers from the show lessened my enjoyment or made the show hard to follow.

And the answer to both of those concerns is an emphatic no.

The events in this week's Agents of S.H.I.E.L.D. are happening concurrently with the events in The Winter Soldier, that much is easy to ascertain. From there, it's hard to know what is real or conjecture based on the numerous double crosses and the inability to trust anything put forward by Hydra.

Thus hearing that Nick Fury was "dead" didn't have as much of a spoiling effect on us as much as it was just another fact that may or may not be true. Given the numerous tweets yesterday talking about Samuel L. Jackson working on the season finale of Agents of S.H.I.E.L.D., it seems that dead isn't always as final as we think.

I mean heck, Agent Coulson himself was resurrected from his death in The Avengers to lead the TV series. Now, I'm not as much of an expert on the Marvel canon as I probably should be, but I'm pretty sure that Marvel is treading on new ground here and it's brilliant.

They are taking existing canon and giving it a wink and a nod (hello Victoria Hand) here and there, but they are also not afraid to totally go in a new direction ala the Deathlok origin story during this season Agents of S.H.I.E.L.D.

Boldly Go Where No Comic Has Gone Before

For the most part, Marvel fans have been receptive to these minor canon changes because they have faith in Joss Whedon, but there are some traditionalists that cringe every time the show comes on.

Why is that? Why are we so afraid to let go and embrace new stories and interpretations?

I think that it can be argued that Joss has done quite well with the Marvel universe, so why are we resistant to new ideas? It's quite possible that these new stories will be better than the older ones and maybe that's the source of the fear. No one wants to see Stan Lee become irrelevant to the Marvel universe, but there has to be a happy balance.

I give Marvel and DC credit though, at least they are trying to adapt their stories for a new generation. While sure Marvel NOW! and The New 52 haven't exactly been as universally accepted as they would have hoped, at least they are open to the idea of trying new things. And it doesn't hurt that these initiatives are meant to connect with newer fans who are coming to the comics from these new films.

The point is that this new generation of storytellers led by Joss, Bryan Singer and Christopher Nolan have grown up as ardent followers of the book and who better to hand the reins of these beloved characters to than to true fans of the comics.

Change can be good and we should embrace it because it can lead to new and wonderful experiences that we never thought possible. I'm excited about what the future brings and you should be too.