Get nostalgic with this supercut of cool t-shirts in film 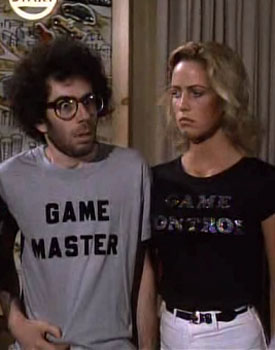 You know what's really cool? All those t-shirts that you see in films today. Sometimes it's an inside joke like Brodie's shirt in Mallrats, while at others it helps to propel the plot as the "Vote for Pedro" shirt does in Napoleon Dynamite.

Usually though, the t-shirts are simply a cool expression of the director or costume designer's taste and not given a second thought. Of course, some of those t-shirts become legendary and a nice secondary market develops in which people want to wear these iconic shirts.

Thankfully, there's a great web site, Found Item Clothing to help you quench your desire to wear something from Real Genius or This is Spinal Tap. If you're looking for a handy little supercut of some of the coolest shirts in film, their blog It Goes to 11 has you covered there as well.

As you can see in the video below they highlight 78 different t-shirts from a eclectic collection of mostly '80s, but definitely all classic, films. Is it a perfect list? Well, everyone is entitled to their own opinion, but I was sort of hoping and expecting to see the "Game Master" shirt from Midnight Madness. 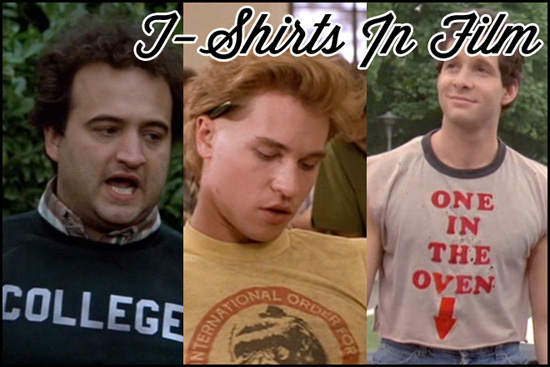 The t-shirt sure has come a long way since 1934 when Clark Gable undressed and was shockingly missing his undershirt in It Happened One Night. This fashion choice sparked a revolution that crippled the t-shirt business and some might say force them to turn elsewhere to make a buck, like by putting witty sayings on them.

If you recognize the work then bravo to you. We actually featured their pizza supercut back in February. We'll be sure to keep our eyes on It Goes to 11 for new, cool supercuts like this one.

P.S. If you want a list of all of the films included in this supercut, simply click on the "T-Shirts In Film" image above.