The best of the rest at the Oscars

What do Chinatown, Fargo and Pulp Fiction have in common? Aside from being great motion pictures, these films also share the distinction of being nominated for Best Picture and losing.

You can also add The Shawshank Redemption, Raging Bull and Goodfellas to that list. Sunday night, as the credits begin to roll on the 85th Annual Academy Awards show, you will be able to add eight new films to the list of films who were nominated but lost the Best Picture Oscar.

Let's face it, this isn't rec-league soccer where every player gets a trophy. No, this is the pinnacle of film making and to quote a film that didn't even sniff an award, "There can be only one."

As you can imagine, there are a lot of great, epic films that didn't win the top Oscar. The fine folks over at Film.com created a list of the top 50 Best Picture nominated losers and I think they did a pretty bang up job.

You really should click over and check out the entire list. They did a great job assembling it and there are even little write-ups for each selection that provide some background on why each film didn't win.

It's a great read and will definitely get you in the Oscars mood. Speaking of getting into the mood, isn't that new 2013 Oscars poster (up and to the right) pretty sweet?

They basically took each Best Picture winner and fashion their iconic statuette into an iconic pose from the winning film. What's that? You can't see the detail in that small image?

Don't worry, click here and you'll get a massive version of it and you'll be able to appreciate it for all of its attention to detail.

Since it is the season and all that, I figured that I couldn't end this piece without sharing this cool feature that Vulture did.

They basically took each of the nine Best Picture nominees this year and created pie charts out of them. These aren't ordinary pie charts, oh no. Vulture had a lot of fun with them and the two below are only the tip of the iceberg.

Head on over to Vulture and check out all nine. 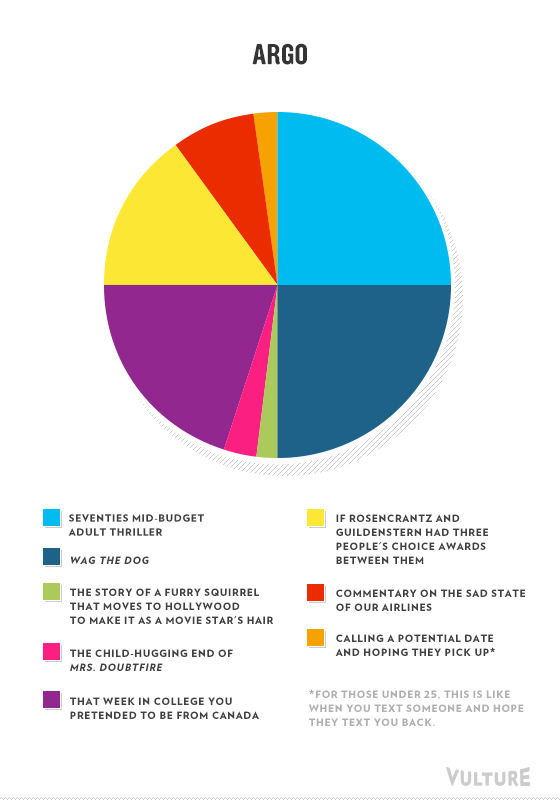 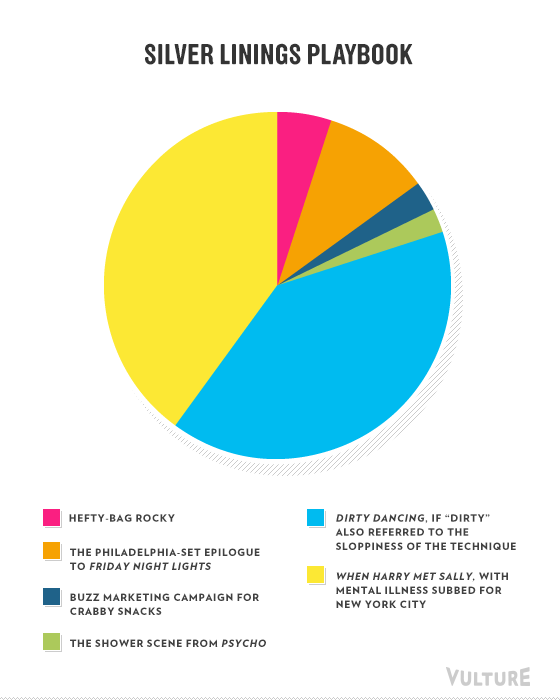