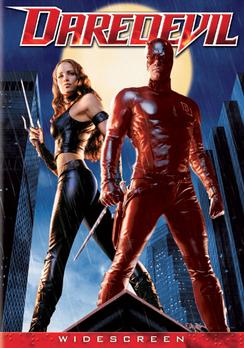 According to Variety it's official, the rights to Daredevil will revert back to Marvel after Fox was unable to negotiate an extension. Fox was working on a reboot with director Joe Carnahan attached, but they won't be able to get the film into production by the October 10 deadline.

You see, back before Marvel was in the business of making their own movies and breaking box office records, they used to sell the rights to their characters to various studios. Fox bought the rights to Daredevil and released the 2003 film with Ben Affleck donning the red tights of the blind superhero.

The studios that option these rights own them in perpetuity as long as they prove that they have a film in production every so many years. This is the primary reason that Sony rebooted The Amazing Spider-Man, so that the rights to the character would not revert back to Marvel.

Naturally, now that Marvel is in the "makin' Benjamins y'all" business, they really would love for all of their characters' rights to revert back in-house so that they could make lucrative films and maintain creative control over their characters. So, an extension for Fox was extremely unlikely and now it appears to be at exactly zero percent.

It's rather unfortunate because Carnahan was pitching a Serpico-esque take on the character that would be much darker than the earlier film. It was to be set in Hell's Kitchen, New York in the mid-'70s and feature much more violence than the original film.

As you may remember, Joe Carnahan is no stranger to action and violence. He wrote and directed the incredibly awesome Smokin' Aces, which coincidentally featured Affleck in a role.

As proof of concept (and awesomeness) Carnahan turned to Twitter and YouTube to show off two sizzle reals that he created. They are both very similar, but the NC-17 version contains a lot more violence and really shows the dark places Carnahan was set to take this character.

Is it possible that Carnahan could continue working on the film when its rights revert back to Marvel/Disney? Sure, but it's pretty unlikely as Marvel has opted away from dark and gritty films for ones that are more age-appropriate.