The death of subtlety in film 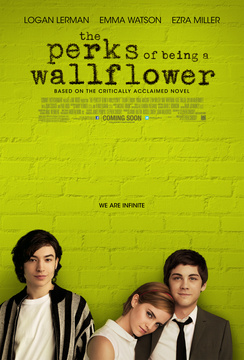 Someone better call Gil Grissom or Mac Taylor. There's been a homicide in Hollywood and we need to process the evidence.

The victim is subtlety and subtext in Hollywood films.

Round up the usual suspects! Just not The Usual Suspects because they proved that modern film audiences are just as perceptive and able to fill in the blanks as their predecessors.

Sadly though, since the mid-1990s, it seems that Hollywood has been "dumbing it down" at the box office, using tried and true clichÃ©s and the least common denominator to make sure you get it. For some reason, Hollywood thinks that they must spoon-feed you all of the answers lest they let you think for yourself and come up with a different response or reaction than the filmmaker intended.

Are there exceptions to the rule? Naturally. Christopher Nolan is renowned for pushing the envelope when he's not making Batman movies, and even when he is, he delivers a unique film that, while yes more mainstream, still leaves a lot for the audience to figure out for themselves.

Just last year, Kevin Smith proved with Red State that not only could his bread and butter audience (allow me quote Holden from Chasing Amy "Over or underweight guys who don't get laid") handle a non-traditional story from him, but they were more than willing to shell out top dollar to boot.

But sadly, these type of films are not the norm today in Hollywood. No, instead we are continually given a choice between the latest stupid Kevin James or Adam Sandler laugh (?) fest or Michael Bay effects-apalooza.

Now, that's not to say that you can't have a good comedy or action film, but is it asking too much to give my brain something to mull over while my ears or funny bone get their workouts? Take True Romance, or naturally anything written by Quentin Tarantino, where the two lead characters watch a trio of kung fu movies and then get some coffee and pie to digest and talk about the films.

That's all that I'm really looking for, something to talk about over the the assault of one piece of fine pie. That's not really asking too much, is it?

I guess so. At least, that's the vibe that I'm getting.

The wife and I are getting caught up on a bunch of movies lately. Here's a rundown of some of the recent (in the last couple of years) movies that we've seen:

Dinner for Schmucks The Mechanic Your Highness The Dilemma Blue Valentine Water for Elephants Mission: Impossible - Ghost Protocol The Adventures of Tintin Get Him to the Greek The Hurt Locker and so on...

And with almost no exception, we would finish the movie and look to one another and say, "Well, that was a waste of a good cast" or "I guess I wasn't missing anything."

The problem with those films and others like them is that they have absolutely no resonance with the audience. I'd forgotten about them before the end credits had finished.

Where are the Casablancas? The Godfathers? E.T.?

Why do we need to have everything explained? Where's the fun in keeping a bit of the mystery alive?

Case in point, Molly Ringwald recently told Out.com that John Hughes "wrote a lot of gay characters, but it was something that we never talked about. I would say in just about every movie he did, he had a character that easily could have been gay."

She went on to out the Duckie character from Pretty in Pink (much to Jon Cryer's objections) as someone who is gay but doesn't realize it. Looking back, I could see that, but it's been way too long since I've seen Pretty in Pink to argue one way or the other. For what it's worth, my wife sides with Cryer and promises a viewing of the movie soon to look at the evidence.

Of course, that got me thinking about potentially gay characters in Hughes' universe of movies. I think Emilio Estevez' macho wrestler in The Breakfast Club might be a candidate as would Cameron from Ferris Bueller's Day Off. Think about it. He idolizes Ferris and is jealous of Sloan's relationship with him.

Is any of this definitive proof? Of course not. Will we ever truly know? Sadly, we probably won't with Hughes' untimely passing, but it certainly makes me want to go back and watch his movies again.

Will it change my appreciation or enjoyment of the films? Absolutely not, but I might come to admire John Hughes just a wee bit more (if that's possible). See, if true, then this is the sort of subtlety and subtext that Hollywood is sorely lacking these days.

Instead, we get this.

That would be the trailer for The Perks of Being a Wallflower. Ezra Miller plays openly gay character Patrick and yes, while it's an important plot point to the story, there is a difference between playing openly gay and stereotypical gay.

And this is for a movie in which its crucial to one of the main storylines. Most Hollywood teen films these days simply throw in the token stereotypical gay character just because it's the chic thing to do. What's wrong with John Hughes's approach which was yeah there are straight and gay people in the world but they don't all wear name tags and announce their sexual orientation to the world.

It feels like that in today's Hollywood with the torture horror flicks or the gross out comedies, that it's all about seeing just how much you can get away with and put out there. But to me, the most horrifying things are the ones left unseen.

Our brains are wired to conjure up images far greater than anything than can be seen on screen. And once it's shown, the horror loses its scariness. Not only that, but everyone is able to conjure up their own ideas.

That makes for endless interpretations on films. It gives us reason to talk and debate films. It allows us the ability to be wrong and gain knowledge from our peers or to enlighten them with something we gathered in the screening that they didn't.

Most importantly, it results in repeat viewings and ownership so that we can watch the film over and over again. And really, isn't that what it boils down to in Hollywood? The almighty dollar?

At the end of the day, I will never watch any of those films I listed above again. In fact, with most of them I'm sort of sad that I actually wasted the time to watch them in the first place.

Yet, there are films out there that I will watch over and over again. These are the films that when I change the channel and discover that they are playing, I will watch them all the way to the end, despite having joined the viewing midway through the film.

Come on Hollywood, give us something to talk about again.