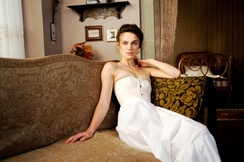 Considering that I hold a degree in Psychology (and yes, I use it pretty much every day), I was pretty intrigued when I heard that a movie was in the pipeline that features noted psychiatrists Sigmund Freud and Carl Jung as characters. When I heard that none other than David Cronenberg himself would be directing A Dangerous Method, I was beside myself.

The problem today is that the "character" of Sigmund Freud has become synonymous with the actual person and that's a shame. Sigmund Freud, perhaps the single most complex person to have lived in the last 150 years is reduced to a man with a cocaine habit with an unnatural obsession with his mother.

Quite the contrary, the field of psychology that he founded (psychoanalysis) and the concepts of the importance of the unconscious mind and psychosexual development were decades ahead of their time. The fact that these same principals continue to reverberate not only through serious psychology but in all the procedural crime dramas on TV further illustrates his impact both professionally and culturally.

While Viggo Mortensen plays Freud in the movie, it seems that the main thrust of the plot will revolve around his colleague/pupil and fellow psychoanalysis pioneer Carl Jung (played by Michael Fassbender who is quickly putting together a massive resume) and, in particular, his relationship with patient/colleague Sabina Spielrein. In fact, the movie trailer (as seen below) seems to focus primarily on the rumored relationship between Jung and Spielrein (played by Keira Knightley) when she was under his care, as much a no-no back then as it is today. 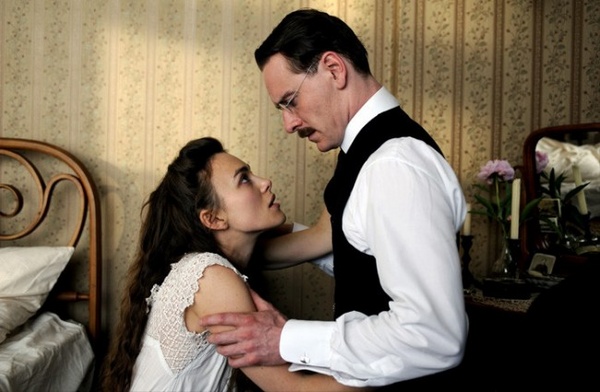 While I'm unsure how far the movie takes events, it should be acknowledged that Sabina Spielrein was one of the first female psychoanalysts and considered a colleague of Jung and Freud's at the time. So, it's not all about sex and impropriety, although Jung did allegedly start a rumor that Freud was having a sexual relationship with his sister-in-law, so let's just say that there's plenty of material here to make a rich and diverse film.

It will be interesting to see how the final product turns out, but if the trailer is any indication, I think we are in for a great awards caliber experience. Sony Pictures Classic has not set a firm release date, but expect A Dangerous Method to debut soon.