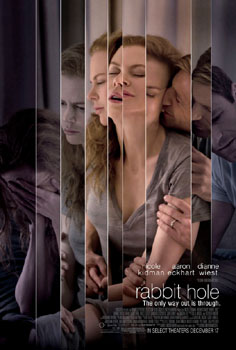 Nicole Kidman has plenty of experience as an actress, but it's her burgeoning role as a producer that is allowing her to finally figure out how to make a good film.

"Good coffee and good food (laughs) and a good party at the end of the film."

Nicole hosted a special screening at the Belcourt Theatre in her adopted hometown of Nashville on Saturday. The usually laid-back Nashville audience lauded the actress after the film and subsequent Q&A.

While Rabbit Hole is technically the second film that she produced (after this Summer's upcoming Monte Carlo), it's her first production to be released and, safe to say, the one nearest and dearest to her heart. After reading the New York Times review of of the play while sipping coffee in a Franklin, Tennessee Starbucks, Kidman decided to option the film rights and so started a four year odyssey that culminates in perhaps her greatest performance to date. 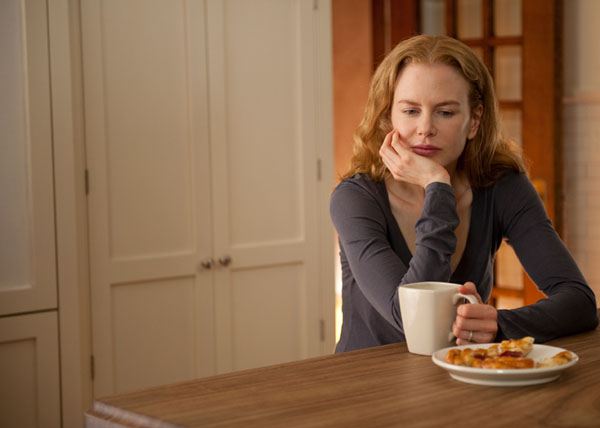 Not only is Nicole the producer, but she also stars as the lead, Becca, a mother who lost her four year old son 8 months prior to the opening of the film and is trying to deal both with the grief of her loss and the subtle pressure from her husband to get their lives back on track. But to dismiss the film as simply another in a long line of tear-jerking heavy dramas would be a terrible tragedy.

No, the real victory in Rabbit Hole is the ability to shape a horrible tragedy within the construct of very real human emotions - the full gamut. There are plenty of laughs (and yes tears) and it's this balance that really strikes at the core of the film.

Aaron Eckhart, who stars as Becca's husband Howie, and Sandra Oh add credible performances that mostly help to lighten the mood. There's one scene in particular in which the two of them forge a friendship over marijuana that is both unexpected and perfect in the movie. It leads to one of the most hilarious scenes in the movie, but it also develops a competing storyline that helps to make Rabbit Hole a robust and complete film. 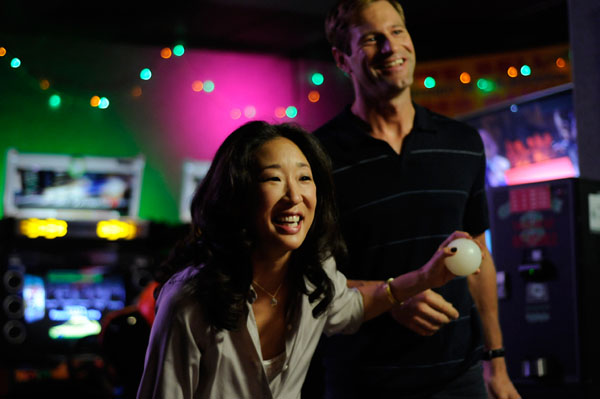 But, the real star of the film is none other than Nicole Kidman who carries the brunt of the emotional scenes and in many of them she's acting alone without the luxury of playing off of another actor. The real joy in watching Kidman in this performance is the ease and authenticity she conveys. You buy her performance effortlessly and it leaves you wondering how and where she draws from to reach such emotional depths.

"Ultimately, I think when you hit a certain age as well, you have such a well of emotion. And there's so many different things that have gone in to make up my life for these 43 years. And for whatever reason, I can go to a place very very quickly and find emotion and cry." 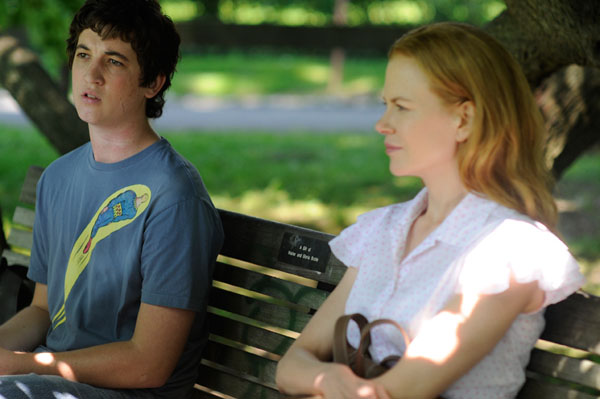 One potential hurdle that Nicole had to overcome was one that she never saw coming. Because it took five years to secure financing, when it came time to start filming Nicole was a new mom herself with one year old Sunday Rose Urban at home. Suddenly, the subject matter was hitting home a lot closer than she expected and she stopped to re-consider her decision to play Becca.

"I thought about backing out just because it felt like it would be too - it was terrifying. But at the same time, as an actor, those are the places, you know, we need to go. Because a lot of times when you step into those places at that time when you're most terrified is when you strike a nerve and you're able to produce the emotions." 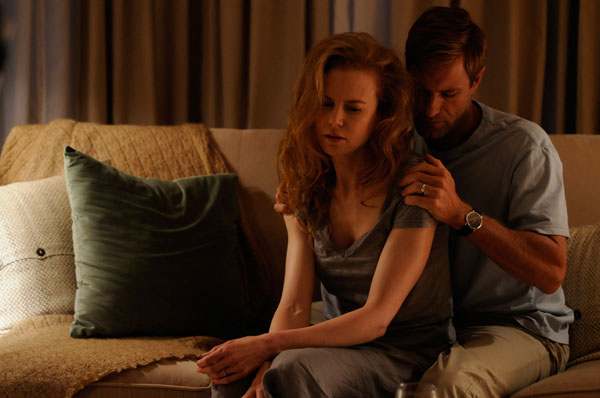 Thankfully, Nicole forged ahead in her portrayal of Becca and I think her unique perspective as a new mother colors her performance throughout the film. The emotion seems real because she infuses her real emotions of a new mother into Becca's grief and desolation. 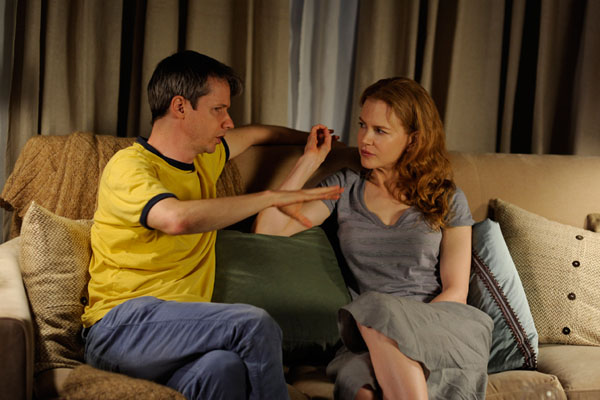 Sometimes, everything lines up with perfect timing to produce a masterpiece. For Nicole Kidman Rabbit Hole is her masterpiece and Becca is the canvas upon which she paints it.

"I think timing is a weird thing anyway. Because part of it is, particularly artistically, giving over and not trying to control something."

Rabbit Hole is playing in select theaters now and will roll out to additional theaters in the coming weeks. Nicole has been nominated for a Golden Globe award for her performance and it is expected that she will also garner an Academy Award nomination as well.

The trailer is below: