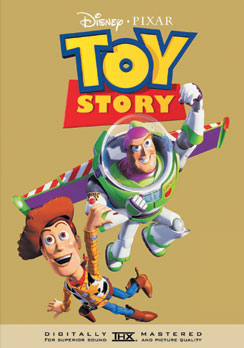 Disney released movies counted for eight of the top 10 and 17 of the 20 best. Disney-owned Pixar produced three of the top 10, including Toy Story. The only non-Disney movies were Shrek (Dreamworks), Ice Age (Blue Sky/Fox), and Watership Down (Avco Embassy).

Here is the entire list as published by Britain's Telegraph.

Personally, I have some serious faults with the list. For one, films by the great Japanese filmmaker Miyazaki are no where to be found. My favorite Pixar movie -- The Incredibles -- isn't on the list either. Furthermore, I know a lot of people who consider Toy Story 2 even better than the first.

I know lots of people love the series but I've come to abhor Shrek. Its inclusion, especially so high up, really irks me. I'm also not a fan of Who Famed Roger Rabbit but understand its significance.

What do you think? What animated films do you think were grossly overlooked in this list? Which one was overrated. Send in your thoughts.